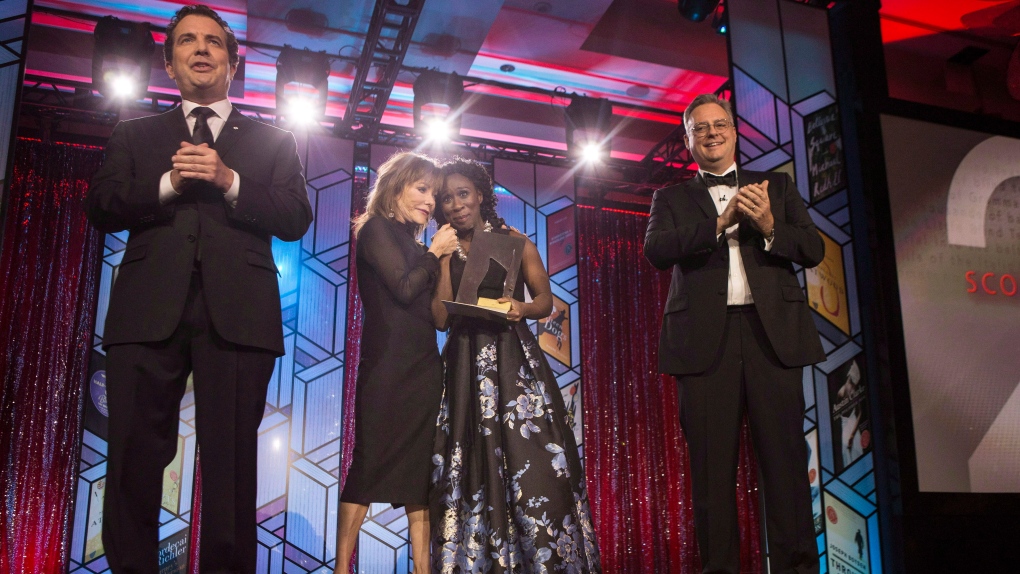 A mix of familiar names and newcomers are in the running for the $100,000 honour to be awarded at a ceremony at the Four Seasons Hotel Toronto.

Newfoundland chronicler Michael Crummey is hoping to clinch a win for "The Innocents" after receiving nods from the Writers' Trust and Governor General's Literary Awards this season.

The survival story of two orphans stranded on a craggy cove marks Crummey's second time as a Giller finalist, having been a runner up in 2001 for his debut novel "River Thieves."

Latvian-Canadian writer and filmmaker David Bezmozgis will have his third shot at the Giller with the short-story collection "Immigrant City," about the emotional dissonance of leaving one country for another. He was previously nominated for "The Free World" in 2011 and "The Betrayers" in 2014.

Another returning nominee is Montreal-raised Alix Ohlin with "Dual Citizens," a tale of the bond between sisters. Her sophomore novel, "Inside," was shortlisted for the prize in 2012.

Victoria-based Steven Price made the final cut for the first time for "Lampedusa," a fictionalized retelling of the last days of the Sicilian prince who wrote the Italian classic "The Leopard."

Price is no stranger to the award festivities, however, having accompanied his wife Esi Edugyan to the awards show last year, when she won her second Giller Prize for "Washington Black."

Having won plaudits in poetry circles, Vancouver-based Ian Williams is vying for the fiction prize with his debut novel "Reproduction" about a cross-cultural chosen family in Brampton, Ont.

Billed as a "Newfoundland Gothic," the story revolves around a St. John's restaurant as its denizens struggle to endure the harsh winter, trauma, addiction and each other.

Singer-songwriter and actress Jann Arden will host the night's proceedings, which will be broadcast on CBC.

The Giller awards $100,000 annually to the author of the best Canadian novel or short story collection published in English, and $10,000 to each of the finalists.