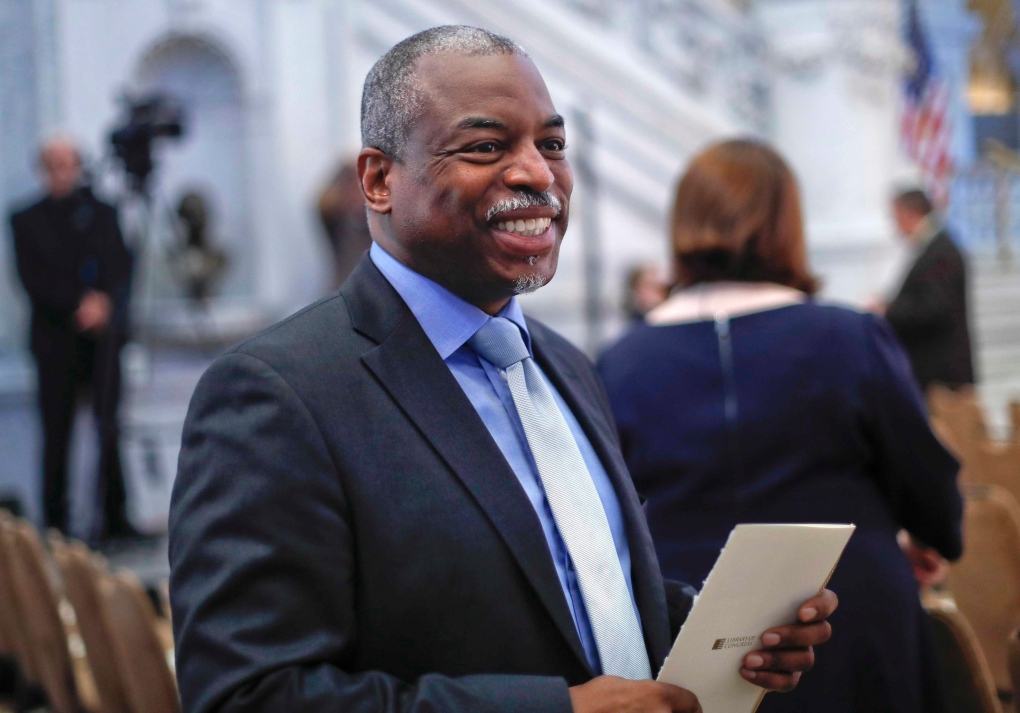 In this Sept. 14, 2016 file photo, actor, director LeVar Burton smiles as he takes his seat in the Great Hall of the Library of Congress in Washington. (AP Photo/Pablo Martinez Monsivais, File)

LeVar Burton will have all the answers on Monday when he debuts as guest host on "Jeopardy!"

The beloved former "Reading Rainbow" host and producer, who's known for his roles as Geordi La Forge in "Star Trek: The Next Generation" and Kunta Kinte in "Roots," will be behind the lectern through July 30, according to the show's website.

The popular game show announced that Burton would be a guest host in April after about 250,000 fans signed a petition urging producers to make him the next host.

"I have been a fan of 'Jeopardy!' for all of my life and when this opportunity came by, I could not pass it up," Burton said in a video posted on the "Jeopardy!" YouTube page.

"Jeopardy!" has brought in a series of guest hosts since Alex Trebek died last November from pancreatic cancer. The 80-year-old star hosted more than 8,200 episodes of the show over 37 seasons.

The show is making donations -- equal to the amount of money won during each guest's tenure -- to a charity of their choice.

Burton takes over from "Good Morning America" host Robin Roberts, who raised $164,410 for Be The Match, which helps patients battling blood cancers and diseases get blood stem cell or marrow transplants, during her time on the show.

He will be raising money for Reading is Fundamental, a literacy group that provides free books and reading resources to children.