Leonardo DiCaprio praises Greta Thunberg as a 'leader of our time' 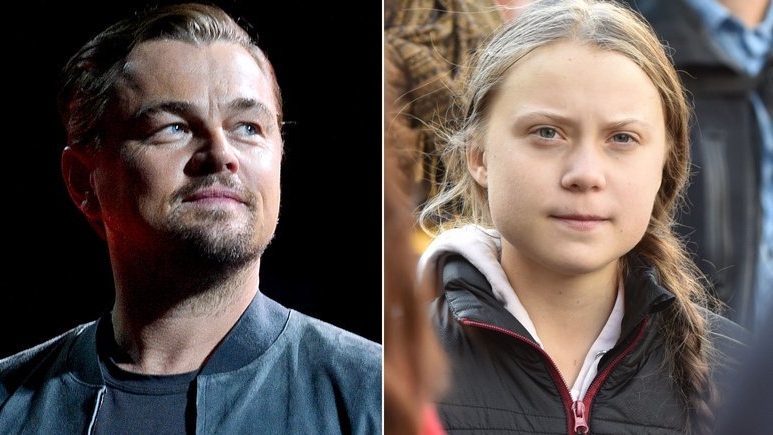 Swedish climate activist Greta Thunberg has a lot of fans -- and Leonardo DiCaprio is one of them.

The celebrated actor on Friday posted a photo of himself with the 16-year-old activist on Instagram.

"There are few times in human history where voices are amplified at such pivotal moments and in such transformational ways -- but Greta Thunberg has become a leader of our time," DiCaprio said in the caption.

DiCaprio added that "history will judge us" for what the world does today for its future generations to give them "the same liveable planet" that has been taken for granted.

Like Thunberg, DiCaprio is also an environmental activist. His Leonardo DiCaprio Foundation "supports projects around the world that build climate resiliency, protect vulnerable wildlife and restore balance to threatened ecosystems and communities."

"I hope that Greta's message is a wake-up call to world leaders everywhere that the time for inaction is over," DiCaprio said.

Thunberg asks for help to get to Spain

Despite her star power, Thunberg has found herself at the mercy of bureaucratic reshuffling after the United Nations Convention on Climate Change abruptly shifted location from Chile to Spain.

Thunberg was set to speak at the summit, which has moved following deadly anti-government protests in the Chilean capital, Santiago.

The climate activist refuses to go by plane due to the carbon footprint of air travel, meaning she now has four weeks to hitch a lift across the Atlantic Ocean to Madrid.

"It turns out I've traveled half around the world, the wrong way:)" Thunberg tweeted.

"Now I need to find a way to cross the Atlantic in November... If anyone could help me find transport I would be so grateful."

Spain's environment minister, Teresa Ribera, has offered to step in. "You've made a long journey and help all of us to raise concern, open minds and enhance action," she tweeted.

"We would love to help you to cross the Atlantic back. Willing to get in contact to make it possible."

The young activist captured the world's attention in August 2018 when she skipped school and stood outside the Swedish Parliament to demand a stronger response to climate change.

She has since become a youth leader advocating for environmental policies all over the world. In September, she delivered an impassioned rebuke to world leaders at the UN Climate Action Summit.

Earlier this week, Thunberg said she was awarded the Nordic Council's 2019 Environmental Award. The teen climate activist declined the prize, declaring that the climate movement "does not need any more awards," but it needs politicians and people to listen.