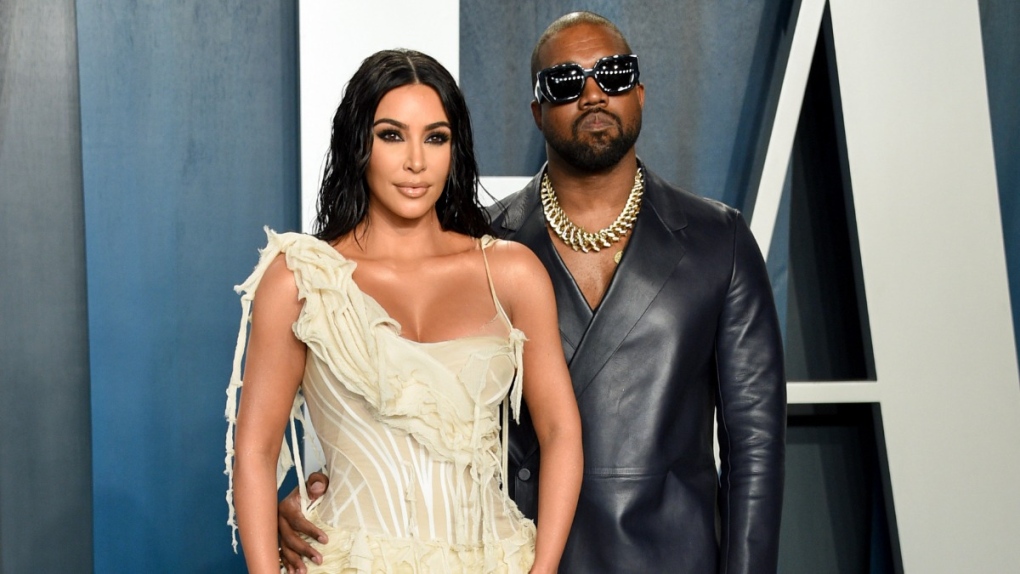 Kim Kardashian has undergone a style evolution, and it is in part down to her ex, Kanye West, she says.

"I am honestly so humbled to be here. I mean, I started off as a closet organizer and a stylist. So the fact that I am winning a Fashion Icon Award, it's like a pinch-me moment," she said as she was presented with The Fashion Icon award at the 2021 People's Choice Awards in Santa Monica, California, on Tuesday.

"Thank you to Kanye for really introducing me to the fashion world. And I fell in love with fashion, and I'm so inspired by so many people," she said.

"But again, this is like a dream that I get to wake up and wear these amazing clothes and just try new things -- you know, take a risk."

Once the personal stylist and assistant to Paris Hilton, picking out looks for "The Simple Life," Kardashian is no stranger to fashion. But her early 2000s looks were a far cry from the high fashion and couture outfits for which she is now famed.

"I really think that my relationship with my husband Kanye really changed everything," she told CNN Style in 2015. "I mean, back in the day I thought I had the best style. I look back at outfits and I'm, like, mortified."

In one famous episode of "Keeping Up with the Kardashians" from the early days of their relationship, West brought his personal stylist to the star's house to clean out her closet.

He even went as far as emailing Kardashian with directives like "You cannot wear big glasses anymore."

West's drastic intervention seemingly challenged Kardashian to approach fashion in an entirely new way. In the span of just a few seasons of "KUWTK," excessive layering, sky-high heels and bold prints made way for a muted palette of beige, black and white.

Kardashian filed for divorce from West in February. The filing cited irreconcilable differences and Kardashian is seeking joint custody of the couple's four children.

In 2019, she started her own shapewear, lingerie and loungewear brand, Skims, and recently collaborated with Italian fashion house Fendi to produce a capsule collection.