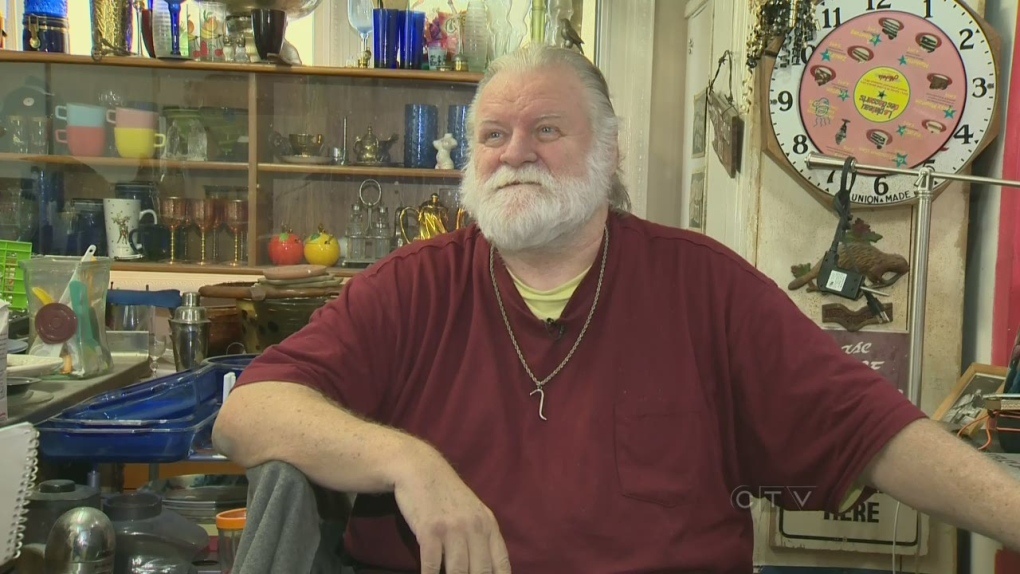 Kelly Jay Fordham is seen in this file photo

Kelly Jay Fordham's boisterous 1971 hit "Oh What a Feeling" holds a permanent spot in Canadian history as the first song to reap the rewards of the Cancon era, but the late musician's friends say his larger-than-life personality stretched far beyond one hit single.

As a member of Hamilton rockers Crowbar, Fordham rubbed shoulders with legends including John Lennon and Pierre Elliott Trudeau, who recruited the band for his 1972 re-election campaign. And when health and financial woes beset his later years, dedicated fans rallied in support.

Fordham died early Friday at a Calgary hospital following a massive stroke June 9 that permanently affected the left side of his brain, his son Hank Fordham confirmed. He was 77.

Crowbar drummer Sonnie Bernardi described Fordham as a dynamic and dominant stage performer who pounded the keyboard through concerts to get the crowd off their seats.

"Everybody in Crowbar brought their own speciality to the band, and Kelly brought his piano style," Bernardi said.

"A lot of the tunes came together on stage over the course of a few gigs. Crowbar's style was never really to nail it down."

Fordham's interest in music started long before Crowbar formed. After graduating from the Ontario College of Art in Toronto, he worked local nightclubs with his band Kelly Jay and the Jamies.

Eventually that led him to Ronnie Hawkins, who was looking to replace his previous supporting act, which had split off to launch their own career as the Band.

Hawkin's new ragtag recruits didn't stick around. When the notoriously prickly frontman started expressing dissatisfaction with their abilities, they split -- or were fired depending on who you ask.

Crowbar formed out of the wreckage, and recorded a debut album "Bad Manors" shortly afterwards. That disc would spawn their No. 1 single "Oh What a Feeling," co-written by Fordham and bassist Roly Greenway.

Fordham told the Hamilton Spectator the radio smash was written as a celebration of the year 1969.

"There were so many great things going on," he said in a 2011 interview.

"Man had just walked on the moon, there was Woodstock, all that hippie freedom and on top of all that my daughter Tiffany was born."

Veteran music journalist Larry LeBlanc said "Oh What a Feeling" took off on Canadian radio helped by newly introduced Canadian content regulations that required stations to play a certain amount of homegrown music. The single was the first song to qualify under the rules, he said.

Despite its persistent presence on Canadian rock radio, "Oh What a Feeling" and Crowbar never captured that same outsized influence in the United States. Fordham says U.S. radio stations blacklisted the song because they believed the lyric "oh what a feelin', what a rush" was a drug reference, though he insisted it was not.

LeBlanc said watching Crowbar stir up concertgoers in their heyday was a sight to behold.

"Seeing them live was one of the greatest experience of music that I've ever witnessed," he said.

"They were like the Band, on speed.... Where the Band took the most thoughtful way, and say a left turn, Crowbar went the other way -- in your face."

LeBlanc said the energy of their concerts was only accurately captured once on tape, on "Larger than Life (and Live'r Than You've Ever Been)," a 1971 live album recorded at Toronto's Massey Hall. The double album opens with the rambunctious crowd whistling and chanting the band's name for nearly two minutes, and closes with a nine-minute version of "Oh What a Feeling" that left the audience clapping and stomping in elation.

Fordham, who towered at six-foot-four, leaned into his nickname "Captain Canada," at times wearing boots emblazoned with the words and donning a wolf hat, while shouting out patriotic chants.

"A lot of stuff we did was contrived to be an attraction... but that was one of the few things we didn't contrive," drummer Bernardi said.

Fordham's reputation as a showman even captured the attention of Lennon. As Crowbar recorded their 1972 album "Heavy Duty" in New York they were approached by the former Beatle who was recording in the studio next door, Bernardi recalled.

After a friendly conversation about live shows, Lennon retreated to his workspace, but sent over an order of sushi for each band member.

Fordham also found support in a young Margaret Trudeau who helped secure Crowbar a spot as the opener for her husband's re-election campaign rallies.

In the early 1980s, Fordham switched gears to host the overnight radio show on Toronto's CHUM-FM -- but his later years were beset by tragedy.

His daughter Tiffany Rain Fordham made international headlines when she disappeared in Tokyo's club district in 1997. She was never found.

In 2006, the mother of his three children, Katherine Marsden, was killed in a car accident, and six years later Tami Jean, his wife of 15 years, died from heart disease.

Fordham fell on financial hard times in the years that followed as he suffered various medical and psychiatric issues, including Parkinson's disease, diabetes and syllogomania, a hoarding disorder.

The 2013 TV series "Hoarding: Buried Alive" dedicated an episode to Fordham at his Calgary home. Two years later, he clashed with local officials who threatened to tow an old tour bus off his property at his expense.

Shortly afterwards, Fordham's children turned to the crowdfunding platform GoFundMe to help raise enough money for their father to pay mortgage arrears and legal bills that accumulated during a hospital stay.

Fans responded with financial support and other services, offering help in selling Fordham's extensive vinyl collection and free storage space for other belongings.

Over the years, "Oh What a Feeling" maintained its position in Canada's rock canon.

The song was inducted into the Canadian Songwriters' Hall of Fame in 2011, and also gave its name to "Oh What a Feeling: A Vital Collection of Canadian Music," a 1996 CD boxed set that commemorated the 25th anniversary of the Juno Awards.

Fordham's family launched a GoFundMe campaign earlier this month to help cover funeral expenses, saying that "his health and ability to play music deteriorated over the recent decade making it difficult to 'Keep on Rockin."'