Kanye lashes out at Canadian music producer on Twitter 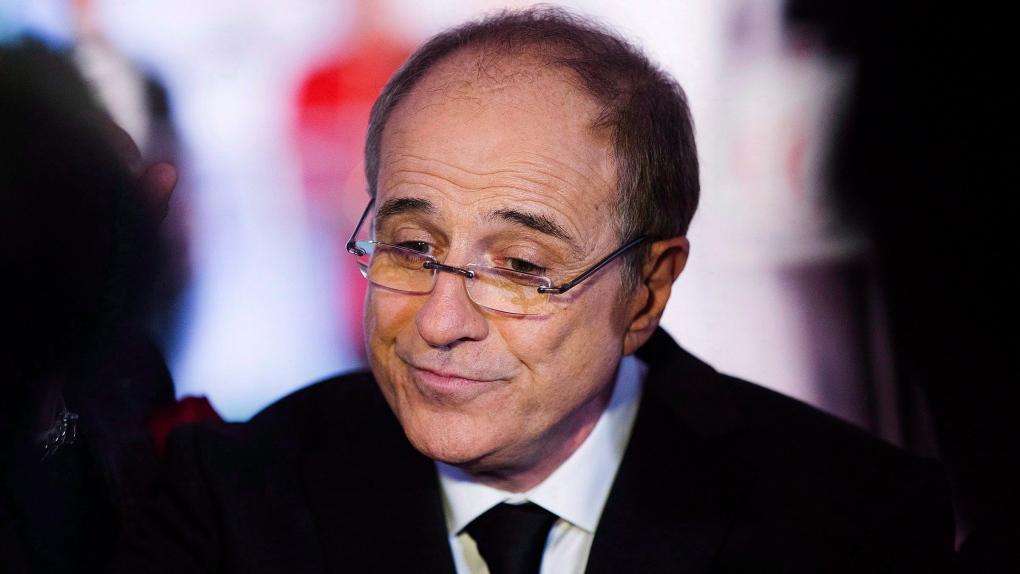 Music producer Bob Ezrin speaks to the media during his induction ceremony into Canada's Walk of Fame in Toronto on Saturday, September 21, 2013. Kanye West is firing back at Ezrin after he published a scathing takedown of the rapper's career. (THE CANADIAN PRESS / Michelle Siu)

TORONTO -- Kanye West is firing back at veteran Canadian music producer Bob Ezrin after he published a scathing takedown of the rapper's career.

Earlier this week, the longtime Toronto-born producer -- who has worked with artists including Pink Floyd, Taylor Swift, Lou Reed and Nine Inch Nails -- posted a blog entry questioning if West's music would stand the test of time.

The post was made on the Lefsetz Letter, the widely read blog of industry insider and author Bob Lefsetz, which put it directly on the radar of both West and Ezrin's friends and colleagues.

"Unlike other creators in his genre like Jay-Z, Tupac, Biggie or even M.C. Hammer for that matter, it's unlikely that we'll be quoting too many of Kanye's songs 20 years from now," wrote Ezrin, in response to a recent New York Times article on the release of the rapper's latest album, "The Life of Pablo."

"In my opinion, his productions are his best work -- and I admit I'm jealous of several of them -- but I don't think he's on quite the same level as Timbaland and Rick Rubin among several others."

He went on to question whether popular music is devolving into a space where public personalities are simply trying to be interesting, likable or shocking.

When the rapper caught wind of the criticism, he launched a firestorm of tweets in response.

"Has anybody ever heard of Bob Ezrin???" West tweeted late Tuesday in a lengthy tirade about Ezrin's own career and his family.

However, Ezrin isn't exactly a stranger to the rap genre.

Even though his credited in-studio sessions mostly circle the rock music universe, including as co-producer of Pink Floyd's classic "The Wall" and Lou Reed's "Berlin," he was also one of the producers on the 2004 Jay-Z documentary "Fade to Black."

Ezrin's blast was aimed squarely at West's pop culture influence, calling the rapper's songwriting "sophomoric at best." He said his songs don't stand up against the work of his peers like N.W.A. or Kendrick Lamar in addressing social issues.

Toronto-raised K'naan, whose Juno-winning song "Wavin' Flag" was produced by Ezrin, came to his defence on Twitter before deleting some of the tweets.

"I know @BobEzrin & worked with him, I don't agree with his assessment of Kanye as a talent, but what he says about the state of art is real!" the singer said in some of the comments he later removed.

"So yea you can be angry that some old guy called u out, but the truth is, most things this generation is producing is expendable."

West's tweets also included an offer to give Ezrin's children free West-branded shoes to "make up for the embarrassment" their father's essay caused the family.

"I'm proud to be Bob Ezrin's child. He taught me not to be afraid to have an opinion for fear of other's reactions," she said.

"My dad taught us not to respond to anger (with) anger. He wrote an opinion piece. You made it personal. You're a leader. Choose love."