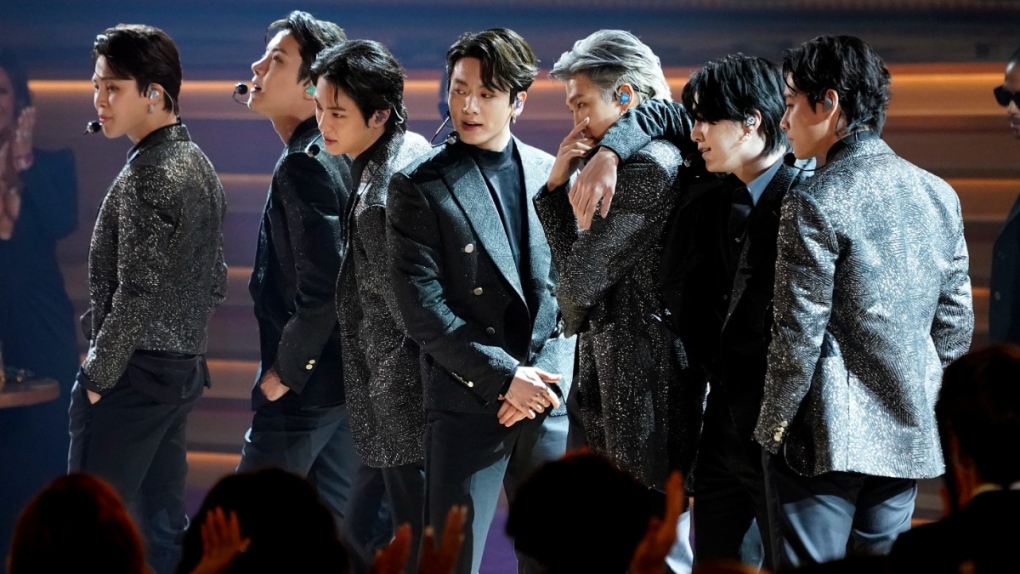 The streaming service announced Thursday that BTS will launch their new show "BTS Radio: Past & Present" on Apple Music 1. The three-episode limited series will air weekly, leading up to the release of the band's new album "Proof," which arrives on June 10.

The inaugural episode will air May 28 at 6 am PDT.

The Grammy Award-nominated band will take listeners on their quest to stardom while sharing stories and songs that helped shaped them. The group is known for hit songs such as "Dynamite" and "Butter."

"We wanted to use this radio show to celebrate nine years of BTS with you guys and with our ARMY all over the world," said RM of the seven-member boy band -- which also includes J-Hope, Suga, Jungkook, V, Jin and Jimin.

"Every episode is dedicated to you," RM continues. "And we wanted to share the BTS songs that help tell our story."

In the first episode, BTS explains the beginning of the group with songs that inspired their sound and style. The second episode -- which airs June 3 -- has the band pick some of the BTS ARMY's favourite songs.

BTS shows how the group ultimately achieved fame as global music sensations in the final episode on June 10.

The Ukrainian Canadian Congress wants Russia expelled from the G20. The group's president, Alexandra Chyczij, has written to the prime minister asking him to lead a global campaign to expel Russia from the forum of leading economic nations.