Canadian pop star Justin Bieber is facing an assault charge after an alleged altercation with a limousine driver in Toronto last month.

The 19-year-old singer, who lives in California,arrived at Toronto Police 52 Division around 7:30 p.m. ET in a large, black SUV amid a crush of reporters, cameras and screaming fans.

He left the building undetected and is scheduled to appear in a Toronto court on March 10.

In a news release, police said the assault charge stems from an incident outside a downtown Toronto nightclub in the early hours of Dec. 30, 2013.

Police say a limousine picked up a group of six people outside the club around 2:50 a.m. On route to a hotel, an altercation occurred between one of the passengers and the limo driver, police allege.

They say a man allegedly struck the driver “on the back of the head several times.”

The driver stopped and got out of the limo to call the police, but the suspect left before officers arrived.

In a statement, Bieber’s representatives said he is innocent.

“As the matter is now before the Court, it would be inappropriate to address the specifics of either the allegation or of our defense at this time,” the statement said.

Before Bieber arrived at the downtown police station Wednesday evening, one fan told CP24 that the star is being unfairly targeted for his teenage mistakes.

The girl had a message for the singer: “I love you and I’ll come to jail with you.”

Bieber is already facing charges in Florida after he was arrested in Miami under suspicion of drag racing under the influence.

On Jan. 23, he was charged with driving under the influence, resisting police without violence and driving with an expired licence. He was released after posting a $2,500 bond.

Bieber has pleaded not guilty to the Miami charges. 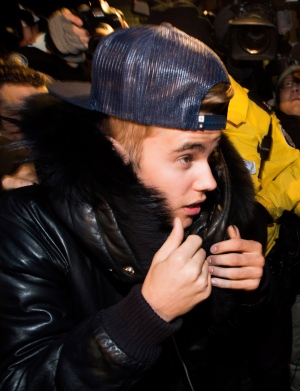 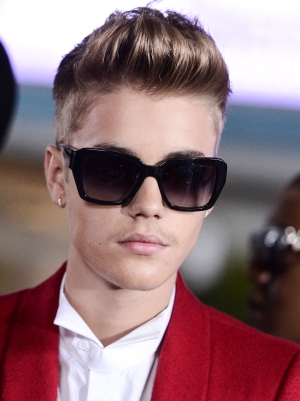 Tracking the rise and fall of the Canadian pop star