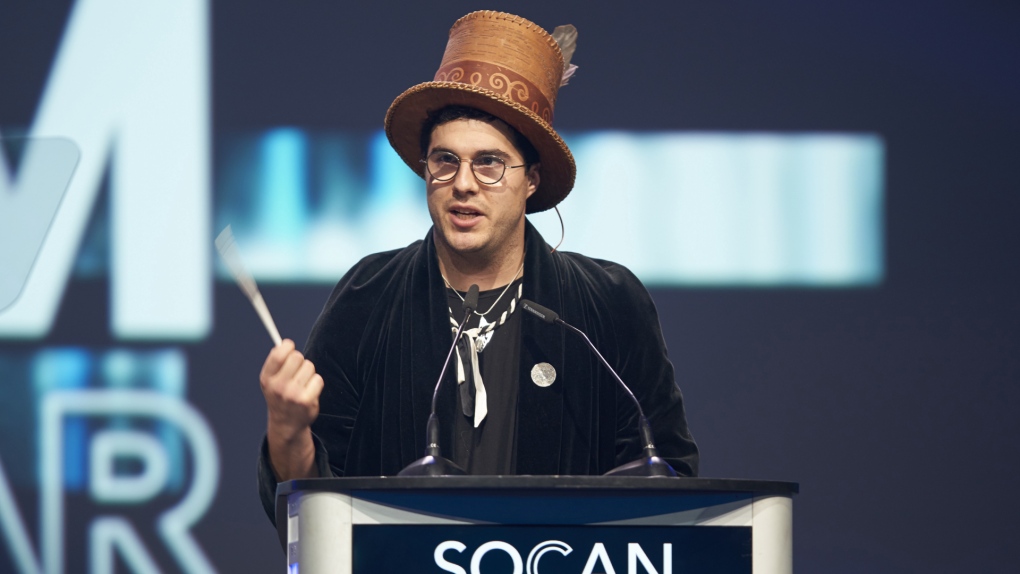 Jeremy Dutcher, the winner of Indigenous music album, speaks at the Juno Gala Dinner and Awards in London, Ont., Saturday, March 16, 2019. Juno Awards organizers are shaking up the Indigenous music category in hopes of putting a bigger spotlight on the artists. THE CANADIAN PRESS/ Geoff Robins

TORONTO -- Juno Awards organizers are shaking up the Indigenous music category in hopes of putting a bigger spotlight on the artists.

After 25 years of awarding the albums produced by Indigenous creators, the Junos will now consider the broader work of Indigenous musicians within the qualifying year.

The changes will take effect at the Juno Awards in Saskatoon next March.

The Juno advisory committee for the Indigenous category says the decision was made in recognition of frequent questions they receive from Indigenous artists "who believe they're submitting to a category meant to shine a spotlight on the accomplishments of Indigenous people."

For artists to qualify, they must be Inuit, First Nation or Metis, while groups must have at least half of their members from those backgrounds, the organization said.

The committee noted broader conversations have questioned the purpose of the Indigenous category at all.

"We feel strongly that this change will eliminate a lot of the confusion and put us in a better position to explain the need for the category, when challenged," the organization said in a statement.

Since its introduction in 1994, the Indigenous category has undergone many changes.

Originally called the best music of Aboriginal Canada recording, it was renamed numerous times before the Junos settled on Aboriginal album of the year in 2010.

Two years ago, a committee of Juno organizers moved to rename the category Indigenous music album, in order to reflect the United Nations' Declaration on the Rights of Indigenous People a year earlier.

But its foundation has been seen by some critics as a way to silo Indigenous artists into their own category.

Earlier this year, best Indigenous music album winner Jeremy Dutcher used his acceptance speech at a Junos industry gala to ask his fellow nominees to stand and be recognized.

"All of your work changes this place, and it deserves to be considered outside of this category," he said.