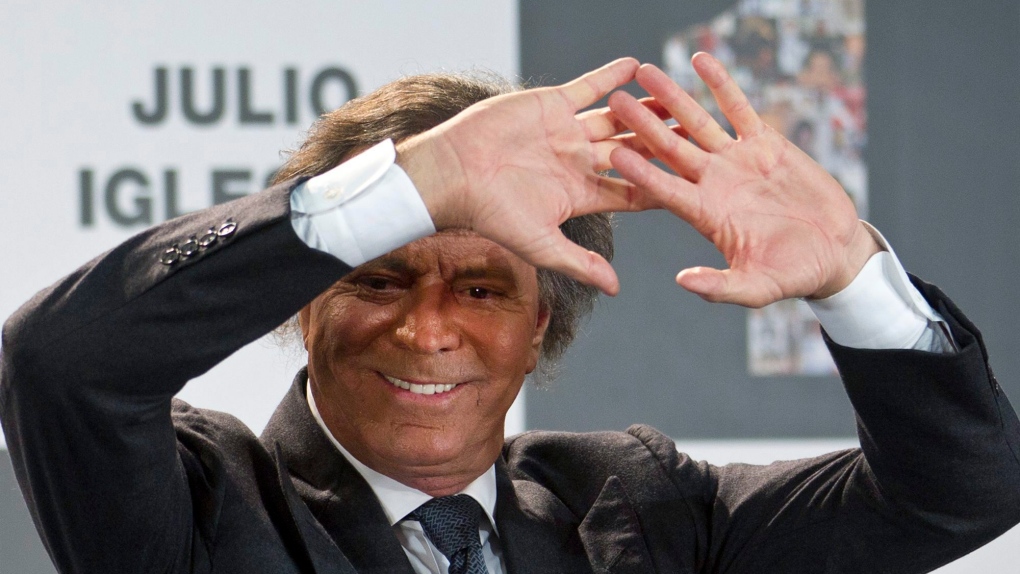 Just don't suggest he's getting along in years.

The "To All The Girls I've Love Before" singer has spent the last three years in the recording studio working on a new album entitled "1," due out Tuesday.

The double album is a compilation of 38 reworked Iglesias tracks in English and Spanish. A second version of the record features tracks in French and Spanish. It also includes duets with Frank Sinatra, Diana Ross, Dolly Parton and Willie Nelson.

"I love the French-speaking (language), the culture," said the singer. "I studied French in school and I thought it was a good idea to sing songs in French."

Iglesias worked with his long-time recording company, Sony Music International, to improve the sound quality of the songs he loves.

"The recording wasn't so good at those times," he said. "Also, I wasn't a good singer. I was just a charming man."

Iglesias says his singing improved over time and he wanted that reflected in the new album.

"My idea was to go back to the music recorded years ago, many years ago, and I think we could really make them sound much better, much stronger."

"1" has already gone platinum in Spain and Brazil.

Iglesias began touring at the beginning of the year, making stops in Argentina and Spain.

Will he make a stop in Canada?

"Maybe next year I will do the United States and Canada," he said.

"I don't know where life will take me today or tomorrow.

"If life doesn't take me, I will (continue to) be a singer."