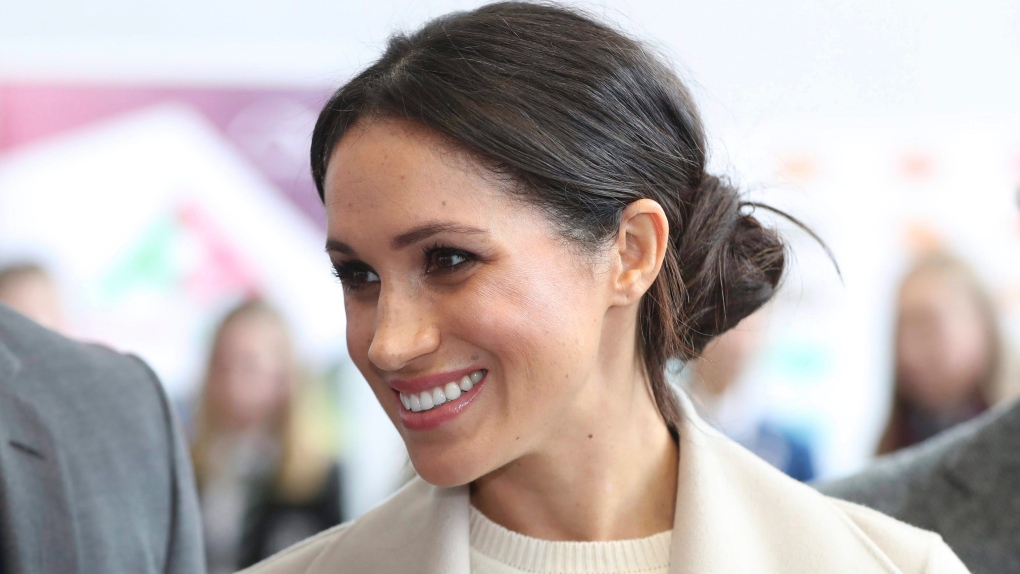 In this file photo, Meghan Markle speaks with school children during a visit with Prince Harry to the Eikon Exhibition Centre in Lisburn, Northern Ireland on March 23, 2018. (Niall Carson/Pool via AP)

LONDON -- A British judge on Thursday granted a request by the Duchess of Sussex to postpone the trial of her invasion of privacy lawsuit against the publisher of a British newspaper that published portions of a private letter she wrote to her father.

During a hearing in London, judge Mark Warby granted the application to delay the trial for around nine months, from a scheduled Jan. 11 start date to the fall of 2021. The exact date will be set later.

The decision followed a hearing held in private, and Warby said the reason for the delay request should remain confidential.

The former Meghan Markle, 39, is suing Associated Newspapers over five February 2019 articles in the Mail on Sunday and on the MailOnline website that published portions of a handwritten letter she wrote to her estranged father, Thomas Markle, after her marriage to Britain's Prince Harry.

Associated Newspapers is contesting the claim at the High Court in London.

Markle, an American actress and star of TV legal drama "Suits," married Harry, one of the grandsons of Queen Elizabeth II, in a lavish ceremony at Windsor Castle in May 2018. Their son, Archie, was born the following year.

Early this year, the couple announced they were quitting royal duties and moving to North America, citing what they said was the unbearable intrusions and racist attitudes of the British media. They recently bought a house in Santa Barbara, California.