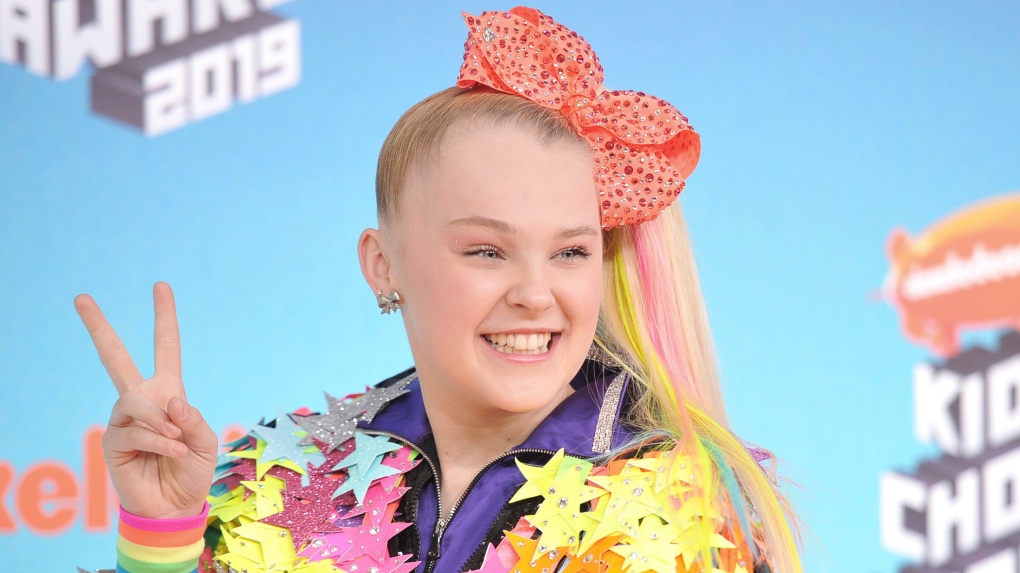 JoJo Siwa arrives at the Nickelodeon Kids' Choice Awards on Saturday, March 23, 2019, at the Galen Center in Los Angeles. (Photo by Richard Shotwell/Invision/AP)

Dance Moms alum and YouTuber JoJo Siwa has had her Claire’s makeup kit recalled after it tested positive for asbestos.

In a statement emailed to CTV News.ca, Claire’s said they had “voluntarily recalled the JoJo Cosmetic Kit out of an abundance of caution” and that they stood behind the safety of their product as “such small trace amounts [of asbestos] are considered acceptable under European and Canadian cosmetic safety regulations.”

The Nickelodeon star posted a video on YouTube Saturday, after the U.S. Food and Drug Administration announced the recall on her makeup kit collaboration with Claire’s, apologizing to her fans.

“I just want to let everyone know that, no matter what, safety is myself and Nickelodeon’s number one priority in everything,” Siwa said in the video.

The U.S. Food and Drug Administration issued a statement and tweeted a warning on June 6 that consumers who had bought the products from Claire’s should stop using them immediately.

Claire’s said that they had moved to “talc-free cosmetic manufacturing” last year to “prevent any further concerns about talc contamination,” but that they support “increased” U.S. Food and Drug Administration oversite.

This is the latest recall for makeup from Claire’s, after an April warning from Health Canada and the U.S. Food and Drug Administration said three unrelated products tested positive for asbestos as well.

Claire’s said they will honour a full refund for any customer who purchased the product.

Today, the FDA is releasing new results from its continued testing of cosmetic products for asbestos & is warning consumers to not use 2 additional products that have tested positive for asbestos & have been recalled https://t.co/p4AACHd9y8 pic.twitter.com/DYtSelENEj