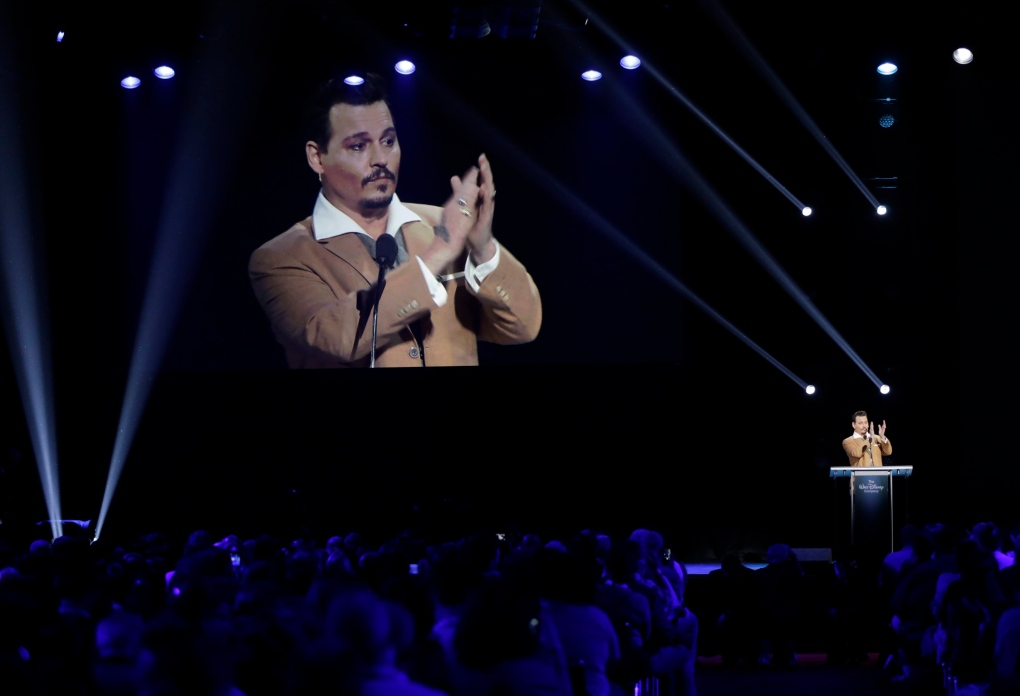 Actor Johnny Depp, thanks fans as he makes a surprise appearance at Disney's D23 Expo, a fan convention, to accept the Disney Legend honour in Anaheim, Calif. on Friday, Aug. 14, 2015. (AP / Damian Dovarganes)

ANAHEIM, Calif. -- Although he might have been one in spirit, Johnny Depp is now a Disney Legend in title too. The actor made a surprise appearance at Disney's D23 Expo, a fan convention, to accept the honour from Disney CEO Bob Iger on Friday.

Depp has starred in Disney's "Pirates of the Caribbean" series as Captain Jack Sparrow as well as their live-action "Alice in Wonderland" as the Mad Hatter.

The actor said that he doesn't like the words "fan" or "legend" but thanked the 7,500 audience members for giving him the "opportunity to do stupid stuff for a living."

D23, now in its fourth year, runs through Sunday.