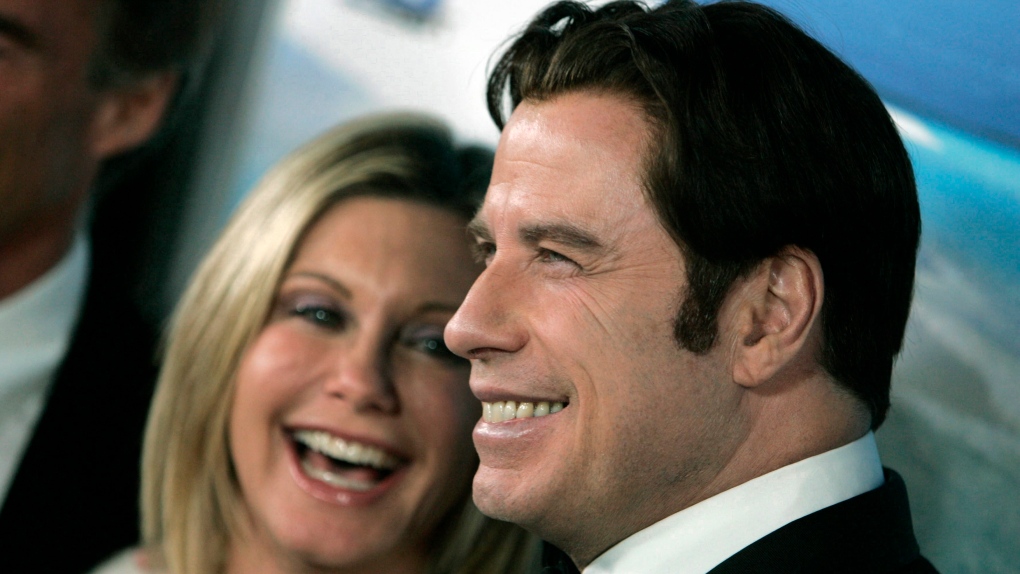 In this 2008 file photo, Olivia Newton-John, left, and John Travolta pose for photographs during arrivals to the Australia.com Black Tie Gala, at Hollywood & Highland in Los Angeles. (AP Photo/Ann Johansson)

TORONTO -- Over 40 years after Danny Zuko and Sandy Olsson first fell in love on movie screens across North America, the stars of “Grease” have stepped back into the shoes of those iconic characters.

John Travolta and Olivia Newton-John were pictured arriving at a “Grease” event this week dressed in their outfits from the movie. According to Olivia Newton-John’s Instagram, it was their “first time in costume since we made the movie!”

The pair got dolled up for a “Meet N' Grease” sing-a-long screening of the film at the Coral Sky Amphitheatre in West Palm Beach, Fla. on Friday. In the photo posted to her Instagram, Newton-John appears in her “good girl” look, with a pastel yellow cardigan and skirt. But her leather look from the end of the movie still got a nod -- in the Q&A that capped off the event, both actors were dressed in leather jackets and dark pants.

Newton-John and Travolta starred in the film when it first came out in 1978, and although the actors are now 71 and 65 respectively, the roles of Danny and Sandy are still among those they are best known for.

First time in costume since we made the movie ! So excited!!

Earlier this month, Newton-John was reunited with another costume piece when a super-fan bought her black leather jacket from the final scene of the movie -- only to give it back to her.

The jacket and skin-tight pants worn during the song, “You’re the One That I Want,” were sold separately at a charity auction in November. But after the jacket was sold for US$243,200, the buyer came forward to say that he had purchased it to make sure it did “not sit in a billionaire’s closet,” before declaring Newton-John the “rightful owner.”