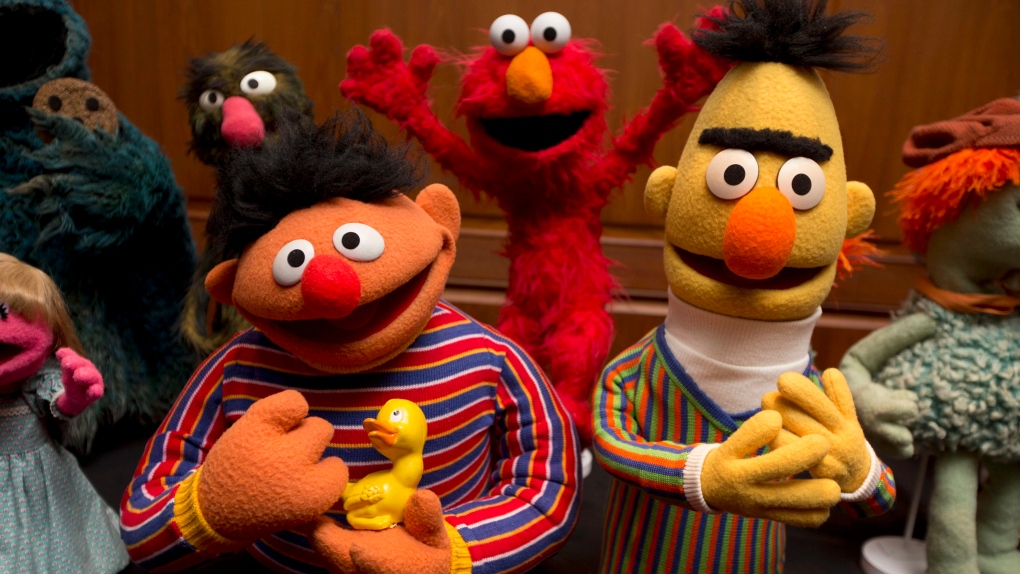 Bert and Ernie, as well as Elmo, centre, are among a donation of additional Jim Henson objects to the Smithsonian's National Museum of American History in Washington, Tuesday, Sept. 24, 2013. (AP / Jacquelyn Martin)

SAUGERTIES, N.Y. -- John Henson, the son of the late Muppets creator Jim Henson, has died in New York. He was 48.

Cheryl Henson says her brother died of a "massive heart attack" at his home in Saugerties on Friday. She says it happened after he had been building an igloo in the snow with his daughter.

Henson followed in his famous father's footsteps as a puppeteer, performing as Sweetums the ogre in several films, including "Muppet Treasure Island" and "It's a Very Merry Muppet Christmas Movie." He was also a shareholder and board member of the Jim Henson Company.

Henson leaves behind his wife Gyongyi and two daughters, ages 10 and 15. A private funeral service is planned.