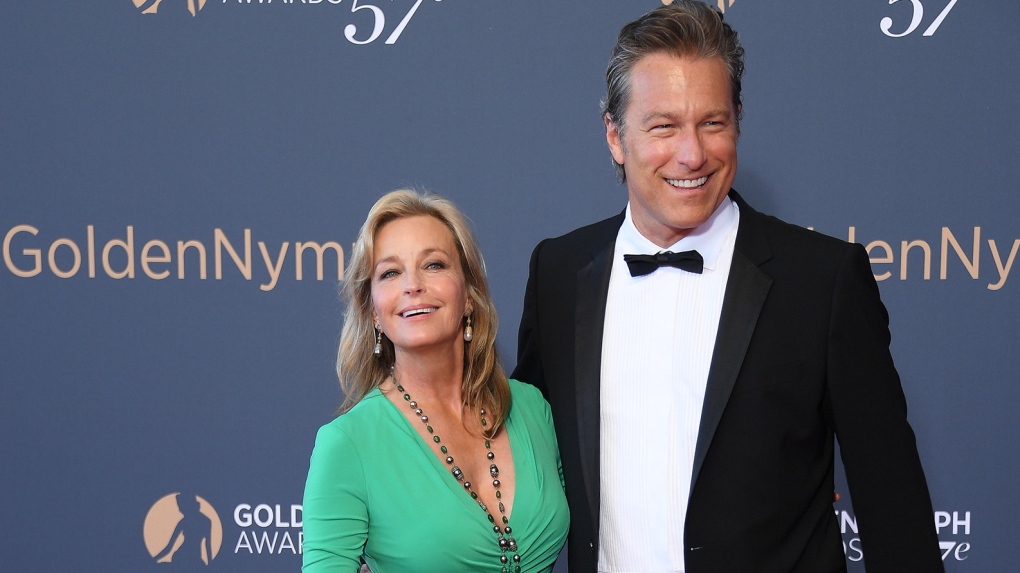 Bo Derek and John Corbett, pictured together in June 2017, are finally married after 20 years together. (Stephane Cardinale/Corbis/Getty Images)

Actor John Corbett has revealed that he and partner Bo Derek married at a secret ceremony in December.

"Around Christmas time we got married. Bo and I got married," Corbett told Jerry O'Connell, host of CBS' "The Talk," on Tuesday.

"I noticed your ring, and I was going to say something, but not on live television, but wow. Congratulations," O'Connell responded.

Corbett, 60, said the interview was the first time either he or fellow actor Derek, 64, had mentioned their marriage in public.

The pair have been in a relationship for two decades but decided to marry in the pandemic year.

"After 20 years, we decided to get married. We didn't want 2020 to be that thing that everybody looks back at and hated," said Corbett. "We thought let's get one nice thing out of it."

Corbett is best known for his role as Aidan Shaw, Carrie's furniture maker ex-fiancé on "Sex and the City."

Derek made her breakthrough performance in the 1979 film "10," and went on to feature in multiple TV series as well as movies such as "Bolero," "Ghosts Can't Do It" and "Tommy Boy."