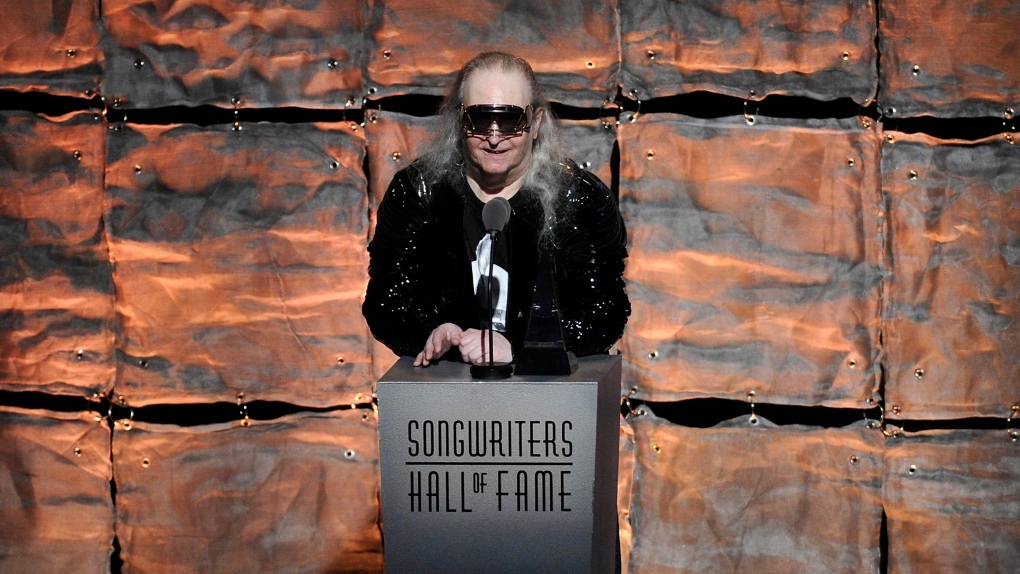 Inductee Jim Steinman speaks at the 2012 Songwriters Hall of Fame induction and awards gala in New York on June 14, 2012. Steinman, the Grammy-winning composer and playwright who wrote Meat Loaf's best-selling “Bat Out Of Hell" debut album as well as hits for Celine Dion, Air Supply and Bonnie Tyler, has died, at 73. Bill Steinman told The Associated Press that his brother died Monday from kidney failure and was ill for some time. (Photo by Evan Agostini/Invision, File)

Bill Steinman told The Associated Press that his brother died Monday from kidney failure and was ill for some time.

He said Jim Steinman died in Connecticut near his home in Ridgefield.

Jim Steinman was inducted into the Songwriters Hall of Fame in 2012 and won album of the year at the 1997 Grammy Awards for producing songs on Celine Dion's "Falling Into You," which celebrated its 25th anniversary last month and featured the Steinman-penned power ballad "It's All Coming Back to Me Now."

Steinman wrote the music for Meat Loaf's classic album "Bat Out of Hell," released in 1977 and one of the top-selling albums of all-time.

It has reached 14-time platinum status by the RIAA, which is equivalent to selling 14 million albums in the U-S alone.

Steinman also wrote Meat Loaf's 1993 album, "Bat Out of Hell II: Back into Hell," another commercial and multi-platinum success that featured the international hit "I'd Do Anything for Love (But I Won't Do That)."

He also composed the rock musical "Bat Out of Hell: The Musical," which premiered in 2017 at the Manchester Opera House in Manchester, England.

Steinman was responsible for Tyler's "Total Eclipse of the Heart," which topped the Billboard charts in 1983 and earned Tyler a Grammy nomination.

When Tyler's song was No. 1, another Steinman production -- Air Supply's "Making Love Out of Nothing at All" -- peaked at No. 2, giving Steinman the Top 2 spots on the chart.

An emotional and teary-eyed Meat Loaf said at Steinman's induction into the Songwriters Hall of Fame that "There is no other songwriter ever like him."

Meat Loaf and Steinman joined forces again for Meat Loaf's most recent album, 2016's "Braver Than We Are." The songs were written over a 50-year period, and include several originally intended for "Bat Out of Hell."