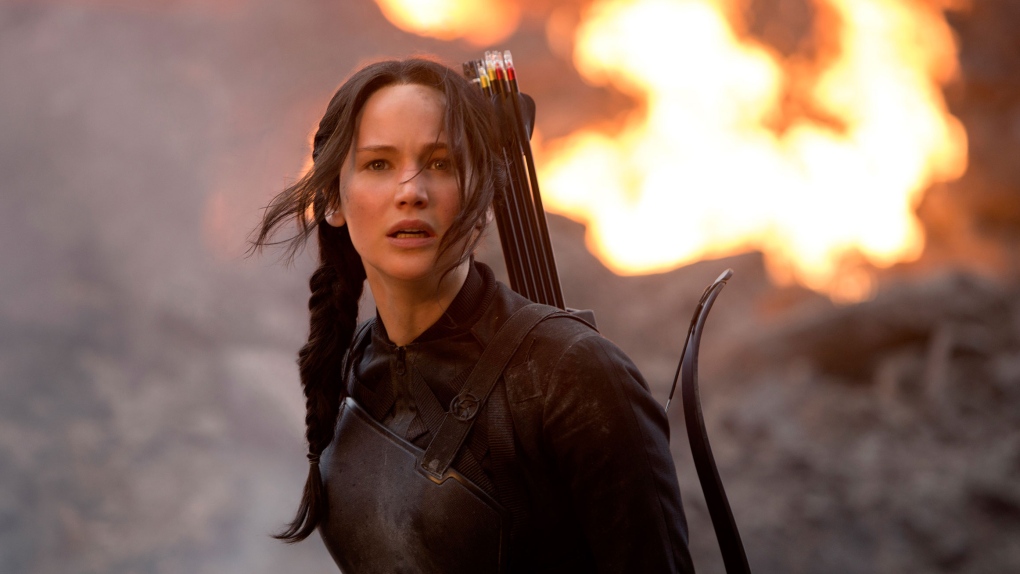 Jennifer Lawrence shared her thoughts on the history of female-led action movies in a new interview, but the "Hunger Games" star is getting some flak for not quite getting it right.

The Oscar winner spoke with fellow actress Viola Davis in an interview for Variety published on Wednesday, in which she mused on the past state of action movies with a female lead.

"I remember when I was doing 'Hunger Games,' nobody had ever put a woman in the lead of an action movie because it wouldn't work -- because we were told girls and boys can both identify with a male lead, but boys cannot identify with a female lead," Lawrence told Davis, who this year starred in her own action-heavy film, "The Woman King."

The "Silver Linings Playbook" actress went on to say that it makes her "so happy every single time" she sees a movie that proves women can indeed occupy those roles in movies.

People on social media were quick to point out, however, that Lawrence was far from the first female action hero, with many tweets referencing Sigourney Weaver in the "Alien" franchise, Linda Hamilton in the "Terminator" movies and Pam Grier in films like "Foxy Brown" -- all of which predate "The Hunger Games" franchise. (The first film, based on the popular YA series of novels, came out in 2012, while the last movie was released in 2015.)

"It is untrue that no one had ever put a woman in an action movie before Jennifer Lawrence in 'Hunger Games,'" Franklin Leonard, founder of The Black List, a platform that helps film and TV writers get their screenplays read by influential Hollywood figures, said, responding to a clip of the interview on Twitter. "It is absolutely true that Hollywood had and has a real bias against women driven action movies because of this ridiculous belief about who identifies with whom."

Other examples brought to light in comments on Twitter and beyond pointed to Michelle Yeoh in "Crouching Tiger, Hidden Dragon" and other films, Milla Jovovich and Michelle Rodriguez in the "Resident Evil" franchise, Uma Thurman in "Kill Bill" and Angelina Jolie in the "Tomb Raider" movies.

CNN has reached out to representatives of Jennifer Lawrence for clarification on her statement.

Rescuers raced Tuesday to find survivors in the rubble of thousands of buildings brought down by a 7.8 magnitude earthquake and multiple aftershocks that struck eastern Turkiye and neighboring Syria, with the discovery of more bodies raising the death toll to more than 5,000.

Will Biden's second state of the union mark a less protectionist approach to Canada?

A new poll suggests a majority of Canadians still see the United States as their country's closest ally, even in an age of isolationism and protectionist policies.