Jeff Daniels now has a tarantula-killing worm named after him 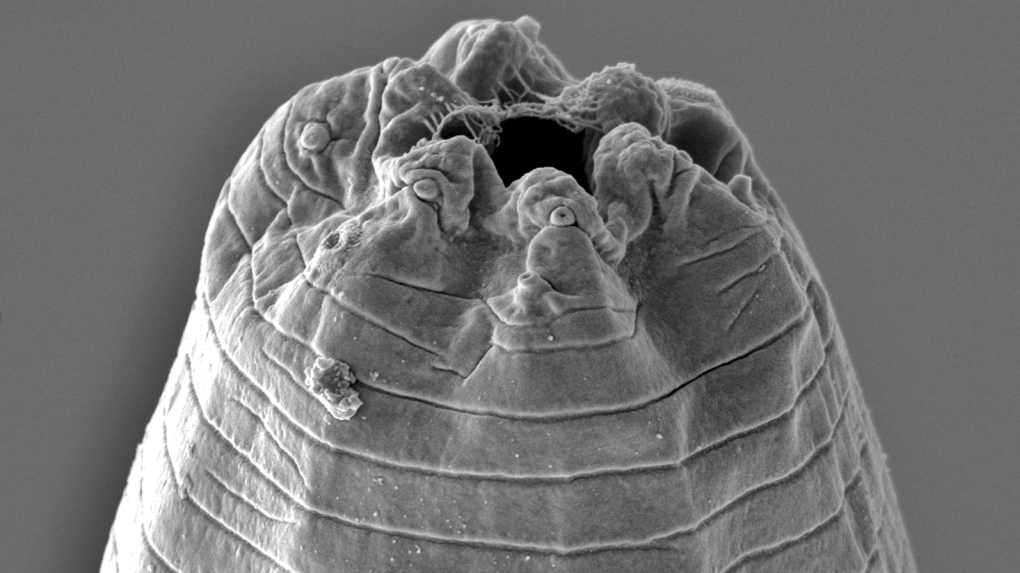 If you think you know who Jeff Daniels is, think again. You might be thinking of the Hollywood actor -- but there's now a tarantula-killing worm with a very similar name.

The worm -- named taranobelus jeffdanielsi -- was discovered by scientists at the University of California, Riverside (UCR) and is one of more than 25,000 nematode species, but only the second one found to infect tarantulas.

Researchers decided to name the worm after Daniels as a nod to his role as Dr. Ross Jennings in the 1990 film "Arachnophobia," in which his character saves a Californian town from a spider infestation.

"When I first heard a new species of nematode had been named after me, I thought, 'Why? Is there a resemblance?'" Daniels said in a press release published by UCR Tuesday.

"Honestly, I was honored by their homage to me and Arachnophobia. Made me smile," he added. "And of course, in Hollywood, you haven't really made it until you've been recognized by those in the field of parasitology."

Adler Dillman, chief researcher and an associate professor of parasitology at UCR, was initially contacted by a wholesale tarantula breeder in September 2019, who told him that several tarantulas had died with white masses around their mouths.

Dillman and his team identified them as having been infected with jeffdanielsi. Infected tarantulas were observed walking on tiptoes and not eating, researchers said. They also lost the ability to use their pedipalps -- the organs that control their fangs.

As for what the species should be called, it was an "easy decision" for Dillman, who told CNN Thursday that Daniels had been "so gracious about the whole thing."

"We had a lab party where we watched the film over Halloween in 2019," Dillman told CNN via email. "I already knew that I wanted to name the nematode after Jeff Daniels, because of the obvious connection.

"I'm a child of the 80s, so I grew up watching Arachnophobia and loving Jeff Daniels and his work," Dillman added. "But I wanted to convince the rest of the lab that naming the nematode after him was the right move. What better way to do that than have them watch the film, which totally holds up by the way."

Jeffdanielsi are described by the team as "self-fertilizing hermaphrodites that produce their own sperm and eggs" and can produce up to 160 offspring during their lifetime.

Dillman said a tarantula infected with jeffdanielsi could take months to die of starvation, but that the infection was lethal. He and his team are planning further studies to understand how the infection develops and changes tarantulas' behavior, and whether they can be prevented by breeders.

Their findings were published Monday in the Journal of Parasitology.