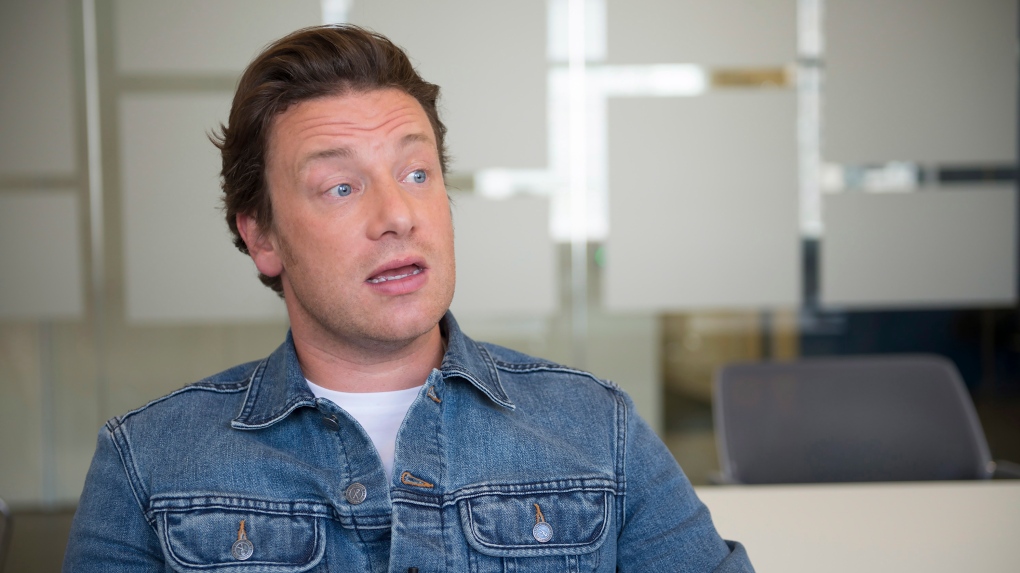 Celebrity chef Jamie Oliver has said he hires "teams of cultural appropriation specialists" to vet his recipes and make sure they are safe for publication in his cookbooks.

"Your immediate reaction is to be defensive and say, 'For the love of God, really?' And then you go, 'Well, we don't want to offend anyone,'" Oliver told the Sunday Times Culture magazine in an interview published Sunday.

46-year-old Oliver rose to fame as the presenter of the BBC cooking show "The Naked Chef" in 1999, and went on to write a series of successful cookbooks, selling more than 46 million copies worldwide, according to his publisher.

He also gained recognition for his campaign to improve children's lunchtime meals in schools, driving a nationwide push across the U.K. to make them healthier and to eliminate junk food.

In the Sunday Times interview, Oliver acknowledged that his "empire roast chicken," a chicken recipe involving coriander, turmeric, garam masala and cumin, would no longer be appropriate today.

A spokesperson for Oliver told CNN Monday that "food is all about sharing inspiration from around the world, and we're proud to work with some incredible experts to continue to learn about different cuisines and to help us deliver content that is culturally sensitive and inclusive."

The recipe for "empire roast chicken" was published in Oliver's 2011 cookbook "Jamie's Great Britain," which was accompanied by a Channel 4 TV series that showed Oliver making some of the recipes.

In the episode titled "Empire roast chicken, Bombay roasties and amazing Indian gravy," Oliver set out to celebrate what he called "our Indian love affair" by making a "full-on collision between beautiful British roast dinners and gutsy Asian spices."

Oliver also celebrated the "trade routes" that he said led to Indian spices making their way into British dishes, and which he used in his "lemon-scented, roast empire-style tandoori chicken."

Toward the end of the episode, while carving the chicken, Oliver said, "this is empire food, you can use your hands," and then raised a toast "to the empire" while clinking beers with members of his camera crew.

Although originally billed in the episode as "lemon-scented, roast empire-style tandoori chicken," the recipe has now been renamed on Oliver's website as "spiced roast chicken."

Since 2011, cultural appropriation in the kitchen has become a contentious topic, with another British chef, Gordon Ramsay, being heavily criticized for opening an "authentic Asian" restaurant in 2019 with no Asian chefs.

Described as "inspired by the drinking dens of 1930s Tokyo and the Far East," the restaurant and late-night lounge Lucky Cat was panned by food writer Angela Hui, who said on the website Eater London that it was "more seedy nightclub than Asian eating house."

Meanwhile, food website Bon Appétit released a statement in June 2020 apologizing for past recipes for "Vietnamese pho, mumbo sauce, flaky bread, and white-guy kimchi (which) all erased these recipes' origins or, worse, lampooned them."