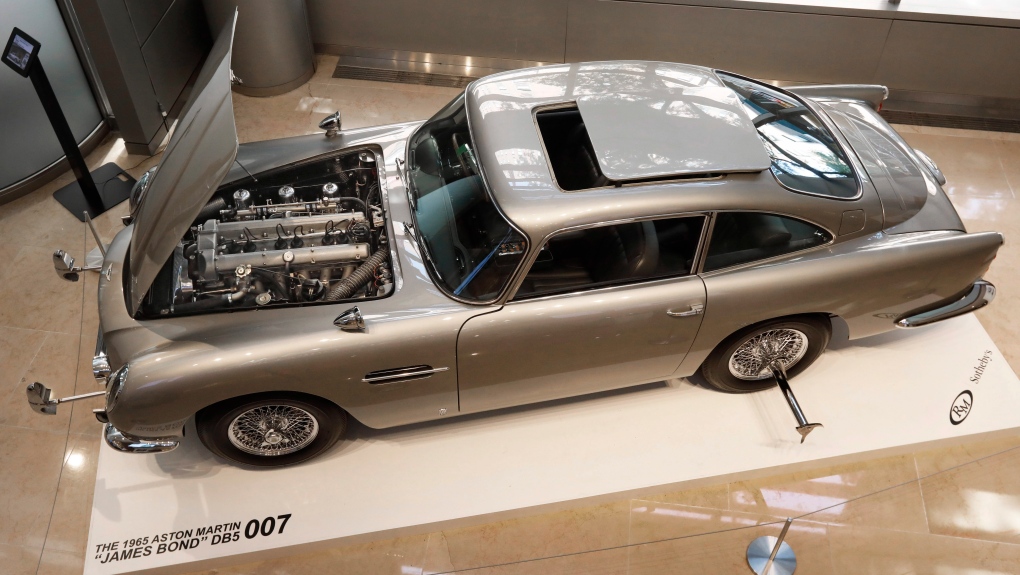 One of cinema’s most iconic cars hit the auction block at Sotheby’s Thursday.

James Bond’s famous 1965 Aston Martin DB5, which is fully loaded with all 13 gadgets and promoted for “Thunderball,” the Bond film that followed “Goldfinger,”was successfully auctioned off for US$6.4 million.

“So much of it was a cultural, iconic status,” said Sotheby’s car specialist Barry Ruprecht to CNN. “DB5 was really the first broadly speaking commercial mass-produced car for Aston and there was tremendous success.”

The Aston Martin is one of only three surviving models of its kind and was put up for auction by an anonymous owner.

Although this particular car was never on-screen, the gadgets, which include a smoke machine, tire slashers and .30 caliber guns in the fenders are all accounted for.

The car is also legal to drive, so long as the new owner doesn’t decide to use the gadgets.