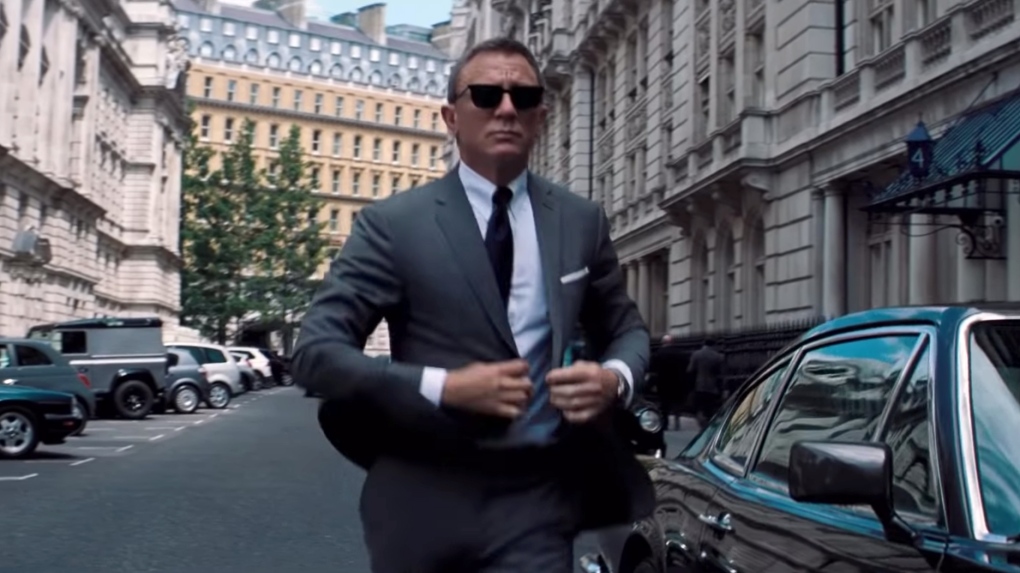 A teaser for the new Bond film 'No Time to Die' has been released. (Metro-Goldwyn-Mayer / CNN)

Producers of the forthcoming James Bond thriller say the film's release has been delayed again, until the fall of 2021, because of the effects of the coronavirus pandemic

The official 007 Twitter account said late Thursday that the 25th installment in the franchise will now open on Oct. 8.

"No Time To Die" was originally slated to open in April 2020 but was pushed back to November of that year as the virus swept around the world. It was then delayed again to April 2, 2021.

It's one of a slew of major releases to be pushed back or moved to streaming services as Hollywood studios grapple with coronavirus-related restrictions that have shuttered cinemas in markets around the world.

While mass-vaccination programs in many countries give hope that theatres can reopen, progress on immunization is slow.

After the latest Bond delay was announced, Sony said it was pushing back several of its scheduled spring releases. It said "Peter Rabbit 2: The Runaway" was moving from April to June, "Ghostbusters: Afterlife" was delayed from June to November and "Cinderella," starring singer Camila Cabello, will now arrive in July rather than February.