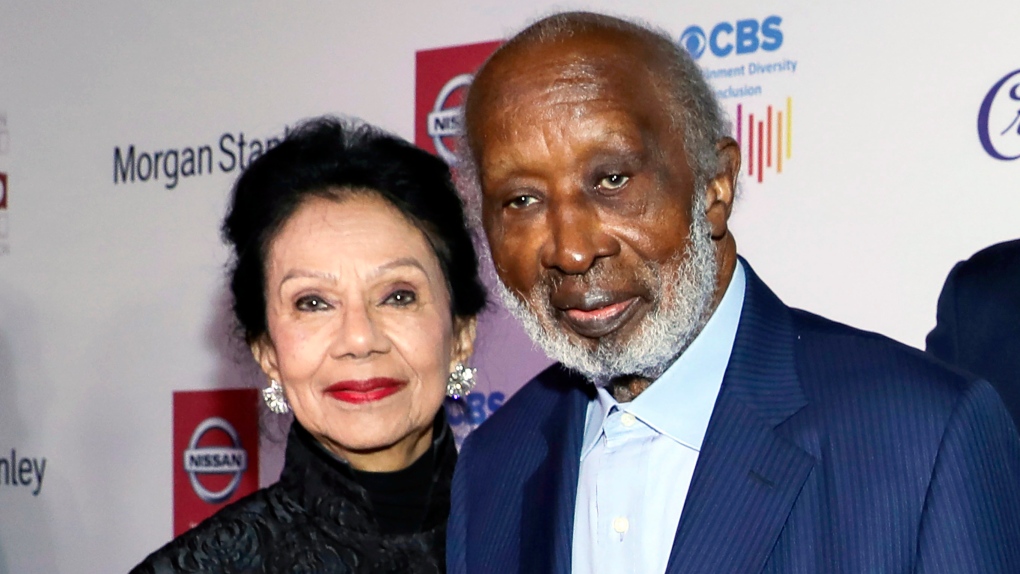 Police and paramedics arrived at the home after a 2:23 a.m. call to find Jacqueline Avant, 81, with a gunshot wound, Beverly Hills Police Chief Mark Stainbrook said at an afternoon news conference. She was taken to a hospital, but did not survive.

The suspect or suspects were gone when police arrived. No one has been arrested and the motive remains unclear, Stainbrook said. Nothing was stolen from the house, and no one else was injured.

“Someone went into the home, we don't know the purpose behind it,” the chief said. “I don't think it's a random attack but I can't speculate on that.”

Jacqueline Avant was a local philanthropist who was president of the Neighbors of Watts and served on the board of directors of the International Student Center at the University of California, Los Angeles.

The Avants' daughter, Nicole Avant, is a film producer and former U.S. ambassador to the Bahamas and is married to Netflix co-CEO and Chief Content Officer Ted Sarandos.

“The entire family wishes to thank everyone for their outpouring of love, support and condolences for Jacqueline Yvonne. Jacqueline was an amazing woman, wife, mother, philanthropist, and a 55 year resident of Beverly Hills, who has made an immeasurable positive contribution and impact on the arts community,” the Avant and Sarandos families said in a statement. “She will be missed by her family, friends and all of the people she has helped throughout her amazing life.”

“Jackie Avant was a wonderful woman, a great partner to Clarence and mother to Alex and Nicole, an active citizen & a dear friend to Hillary and me for 30 years,” Clinton said on Twitter. “She inspired admiration, respect & affection in everyone who knew her. We are heartbroken. She will be deeply missed.”

Grammy-winning executive Clarence Avant is known as the “Godfather of Black Music” and was recently inducted into the Rock & Roll Hall of Fame. The 90-year-old was also a concert promoter and manager who mentored and helped the careers of artists including Bill Withers, Little Willie John, L.A. Reid, Babyface, Jimmy Jam and Terry Lewis.

The Avants were married in 1967. They also have a son, Alexander Du Bois Avant.

Nicole Avant produced a Netflix documentary about her father, 2019's “The Black Godfather.” In an interview with NBC News about the film, she talked about her mother's role in the family.

“My mom is really the one who brought to my father and our family the love and passion and importance of the arts and culture and entertainment,” she said. “While my father was in it, making all the deals, my mother was the one who gave me, for example, my love of literature, my love of filmmaking, my love of storytelling.”

Stainbrook, who is in his first week as chief, said no one else was injured in the shooting. A security guard was at the home. He would not further describe the interaction between the shooter and Jacqueline Avant.

“I want to reassure the Beverly Hills community that the city remains safe, and one of the safest in the nation,” the chief said.

Basketball icon Earvin “Magic” Johnson wrote on Twitter that he and his wife were “devastated” by the news of Avant's death, calling her “one of our closest friends.”

“This is the saddest day in our lives,” he wrote.