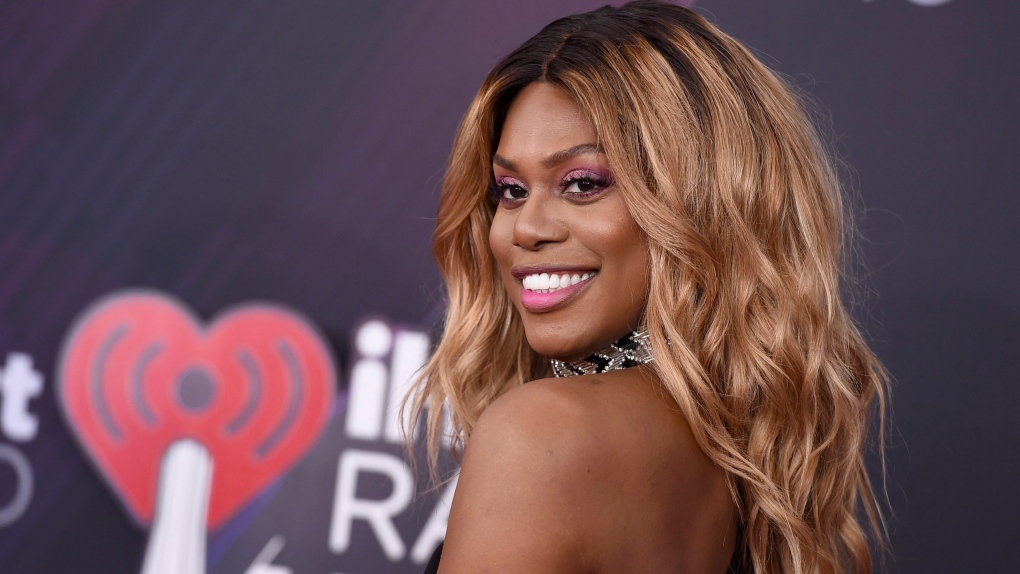 In this file photo, Laverne Cox arrives at the iHeartRadio Music Awards at The Forum on Sunday, March 11, 2018, in Inglewood, Calif. (Photo by Jordan Strauss/Invision/AP)

TORONTO -- Actress Laverne Cox said she and a friend were subjected to a transphobic attack while they were walking through a Los Angeles park this weekend, explaining in an Instagram post that the encounter left her “in shock.”

Cox, best known for her Emmy-nominated role as Sophia in “Orange is The New Black,” took to Instagram Live on Saturday to describe the incident.

She said she and a male friend had met up for a physically-distanced walk, and were making their way through Griffith Park when a man approached them and asked for the time.

After Cox’s friend answered, the man then asked, “Guy or girl?” -- referring to Cox.

“My friend says ‘f*** off,’” Cox said in the Instagram video. “I’m hearing all this, it’s happening in a split second, and then all of a sudden, the guy is attacking my friend.”

Before Cox could call the police, the man who instigated the fight suddenly left. It was over as quickly as it started, she said.

“The guy’s asking for the time, and then he’s hitting my friend,” Cox said.

She said that she was fine and her friend was not hurt, but they suspected after the attack that things could have gone very differently if she had been alone, as the man approached them with aggression in his demeanour from the beginning.

“What my friend thinks is that the guy really wanted me to answer [his question about the time] so he could spook whether I’m trans or not,” Cox said. “I don’t know why it matters.”

“Why does this affect your life?” she added.

According to the Human Rights Campaign, at least 39 transgender or gender non-conforming people had been murdered in the U.S. in 2020 as of late November. Another organization that tracks murders of transgender people on a global scale reported on Nov. 11 that they were aware of 350 murders of trans people between October 2019 and September 2020.

Of those murdered globally, according to this report, 98 per cent were trans women or trans feminine people.

Because this data is not tracked by most countries, advocates believe the true number of murders is likely higher.

“It’s not safe in the world, and I don’t like to think about that a lot, but it is the truth,” Cox said in her Instagram post. “It’s the truth and it’s not safe if you’re a trans person. It’s just really sad.”

Cox went on to explain that she’s faced a lot of harassment as a trans woman, and that it was triggering to be put in that situation again.

“Obviously this has been my life. You know, I’ve dealt with this a lot. But I guess it never fails to be shocking.”

“It doesn’t matter who you are,” she added. “If you’re trans, you going to experience stuff like this.”

Cox said in the Instagram post that one of the reasons she decided to share the story was that she started blaming herself in the aftermath of the attack, trying to figure out what she had done wrong.

“We have a right to walk in the park.”