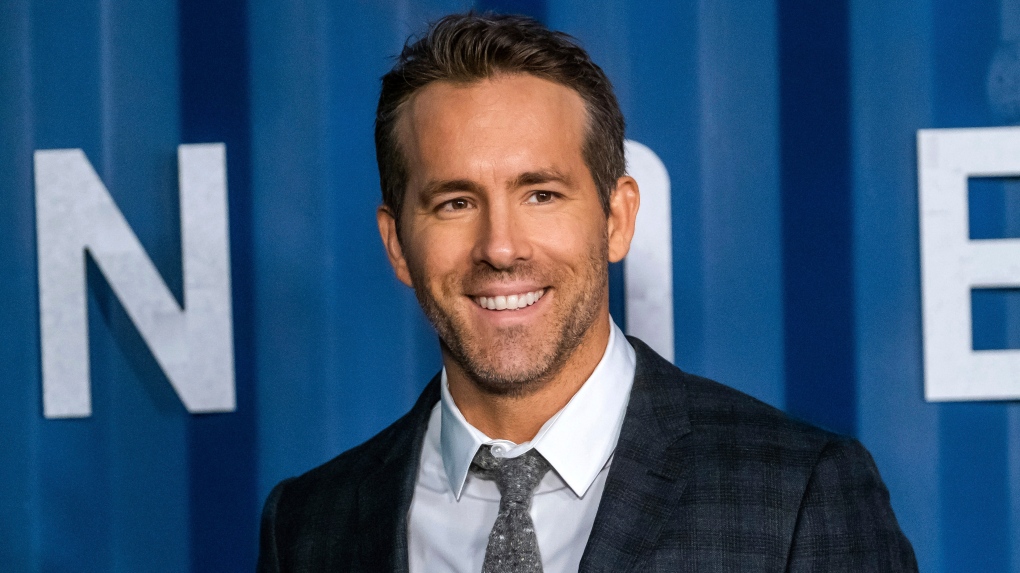 Ryan Reynolds attends the premiere of Netflix's "6 Underground" at The Shed at Hudson Yards on Tuesday, Dec. 10, 2019, in New York. (Photo by Charles Sykes/Invision/AP)

First Nations star Tantoo Cardinal has a theory that she likes to hold onto in crucial times: That someone with a good heart and strong mind will "stand up" or "swing by" at just the right moment to offer support and keep the light on.

"That's my hope, because sometimes that's all we've got to go on," said the prolific performer who was born in Fort McMurray, Alta., and stars in the series "Stumptown."

"There's just this moment that pops out in the air and lands in front of you and lets you keep going on, that invites you to keep going on."

On Thursday, that moment was the announcement that Cardinal -- along with stars Ryan Reynolds and Catherine O'Hara, among others -- is getting a 2020 Governor General's Performing Arts Award.

While Cardinal's career is thriving, the award comes at a time of tension between Wet'suwet'en hereditary chiefs and federal and provincial leaders over the Coastal GasLink pipeline.

And the actress feels the honour -- in which nominations are submitted by members of the public -- shows there is support for Indigenous people.

"It's not the governmental structure that's awarding this, it's not the ones who want us eliminated, the ones who don't really care what the people of the territories are protecting for future generations. It's individuals, it's citizens, it's the people. And so that's where I can accept it from, that it's from the people," Cardinal said in a phone interview from Los Angeles.

"And it kind of proves again -- and this is something that I've had to hold on to, or come back to, or recognize at different times along the way -- that it's the good-hearted people, the strong-minded, the broad-minded, the higher-minded people that make the difference in anything and everything that we do. Those are the ones that have been there all along the way."

Cardinal is getting a lifetime artistic achievement award at the ceremony in April. Toronto-born comedy great O'Hara of "Schitt's Creek" and "SCTV" fame will get the same honour.

Vancouver-born Reynolds, whose big-screen credits include "The Proposal," "Green Lantern" and "Deadpool," will receive the National Arts Centre Award, which recognizes work by an artist or company in the past performance year.

After decades of trying to achieve recognition, respect and truthful portrayals for Indigenous people through the arts, Cardinal feels the award also belongs to those she's representing.

"I just feel really honoured that my passions and my rage and the choices that I made are being honoured," she said.

Quebec-based Innu singer-songwriter Florent Vollant, who has worked extensively with Indigenous musicians, is also among the lifetime artistic achievement winners.

Vollant has lived a life largely on the road, performing concerts and blazing a trail for Indigenous musicians, and said he's happy the honour gives him a chance to thank those around him who have supported his nomadic lifestyle.

"I can't do it alone," the father of five said in a phone interview from a Montreal airport while on his way to Sept-Iles, Que., where he grew up on the Maliotenam reserve.

"I need my family, I need my children. And when people said, 'We'll give you something to help you to continue,' I say: 'Thank you to my family -- thank you to all of them who spent time on the road with me."'

But while he was excited about the honour, Vollant's thoughts were also on the pipeline tensions that have seen blockades and rallies pop up across the country.

"Do we choose economy or life -- for our children, for the next generation? It's what I'm thinking about. It makes me sad," said Vollant, whose songs touch on themes including diversity and inclusion.

"I'm happy when they give me a chance to say thank you," Vollant added. "But I'm also thinking about the tensions we have, actually. I'm thinking about my brothers and my sisters and all the people across the country."

Vollant's four-decade career has seen him perform in the Juno Award-winning First Nations folk-rock duo Kashtin, with fellow Innu musician Claude McKenzie, and then as a solo artist.

He's also a passionate advocate for the preservation of Quebec's waterways.

The lifetime artistic achievement list is rounded out by Vancouver-born composer Alexina Louie, who has written for the stage and screen, and Montreal-based dancer-choreographer Zab Maboungou, who pioneered a contemporary movement technique that draws on the rhythms of traditional Central African music and dance.

The recipient of the 2020 Ramon John Hnatyshyn Award for voluntarism in the performing arts is ballroom dancer/human resources consultant Lynda Hamilton, who hails from British Columbia.

The awards also include a mentorship program in which past recipients offer guidance to Canadian artists in mid-career.

This year's participants are playwright Suzanne Lebeau as the mentor and theatre artist Marie-Eve Huot as the protege.

The 2020 laureates will be honoured at three events in Ottawa, culminating in the Governor General's Performing Arts Awards Gala at the National Arts Centre on April 25.

"Our 2020 laureates are national heroes whose art inspires, informs and delights," said a statement from Douglas Knight, chair and CEO of the Governor General's Performing Arts Awards Foundation, and Anik Bissonnette, co-chair of the foundation.

Created in 1992, the awards are presented annually to "Canadians whose accomplishments have inspired and enriched the cultural life of our country," says a news release.