Ikea has made it possible for customers to immerse themselves in their favourite television shows by recreating the living rooms from “The Simpsons,” “Friends,” and “Stranger Things,” using only the company’s furniture.

For a new advertising campaign in the United Arab Emirates, the Swedish furniture giant teamed up with the ad agency Publicis Spain to remake the familiar living rooms from beloved television shows.

Ironically titled the “Real Life Series,” the living room sets have been carefully decorated to look almost identical to the fictional shows – even though Ikea doesn’t explicitly say so.

Although there is no mention of “The Simpsons,” “Friends,” and “Stranger Things” on the campaign’s website, the similarities between the living room designs are undeniable.

The living room that is obviously inspired by “The Simpsons” is called the “Room for families” and is complete with Homer’s well-used brown couch, a green telephone, and crooked painting of a sailboat. 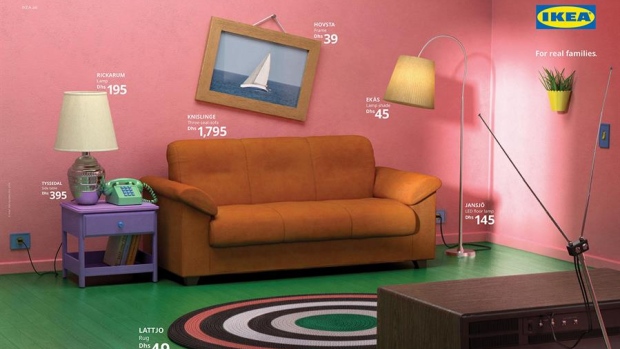 Ikea’s “Room for mates” is clearly a recreation of the iconic sitting area in “Friends” with its distinctive purple walls, yellow drapes, and patterned area rug. 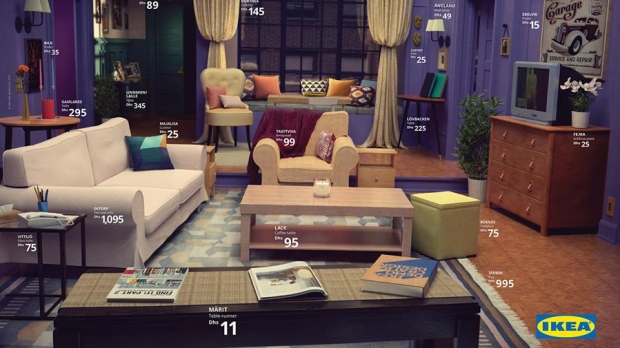 The “Room for everyone” is unmistakably styled to look like “Stranger Things” character Joyce Byers’ cluttered living room with the alphabet scrawled across the wall, a striped blanket thrown over the couch, and strings of multi-colour lights hung from the ceiling.

Interestingly, the title “Room for everyone” might imply it’s a space for humans and those creatures residing in the series’ alternate dimension known as the Upside Down. 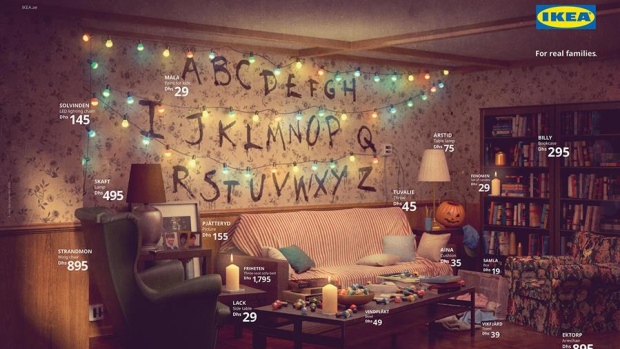 Ikea also included a catalogue of the products they used for each room so customers can customize their homes to look like the familiar fictional living rooms.

The advertisements are expected to run in print, catalogues, and on social media in the United Arab Emirates.