'I thought I was dying': Ted Nugent, who once dismissed COVID-19, sickened by virus 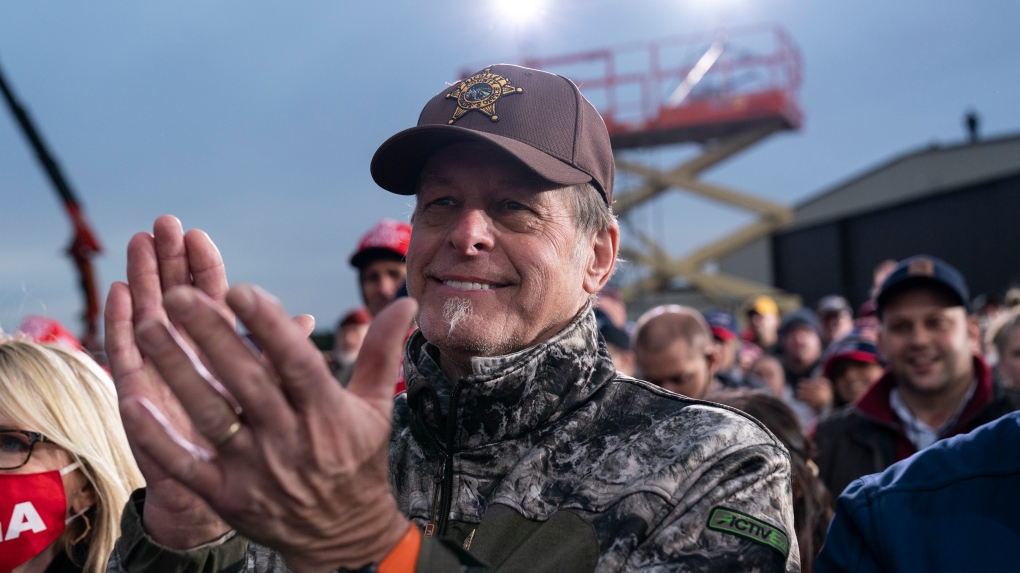 Rocker Ted Nugent is revealing he was in agony after testing positive for coronavirus -- months after he said the virus was "not a real pandemic."

In a Facebook Live video posted Monday Nugent says "I thought I was dying."

He said he could hardly crawl out of bed the last few days," adding: "So I was officially tested positive for COVID-19 today."

In the video shot at his Michigan ranch, the "Cat Scratch Fever" singer repeatedly uses racist slurs to refer to COVID-19 and reiterates his previous stance that he wouldn't be getting the vaccine because he claims wrongly that "nobody knows what's in it."

Nugent, a supporter of ex-President Donald Trump, previously called the pandemic a scam and has railed against public health restrictions.

He has repeated a narrative pushed by conservative media and disputed by health experts that suggests the official death count from the coronavirus is inflated.

A poll by The Associated Press-NORC Center for Public Affairs Research in late March found that 36 per cent of Republicans said they will probably or definitely not get vaccinated, compared with 12 per cent of Democrats.

The seven-day national average of cases in the U.S. remains over 60-thousand new infections per day.