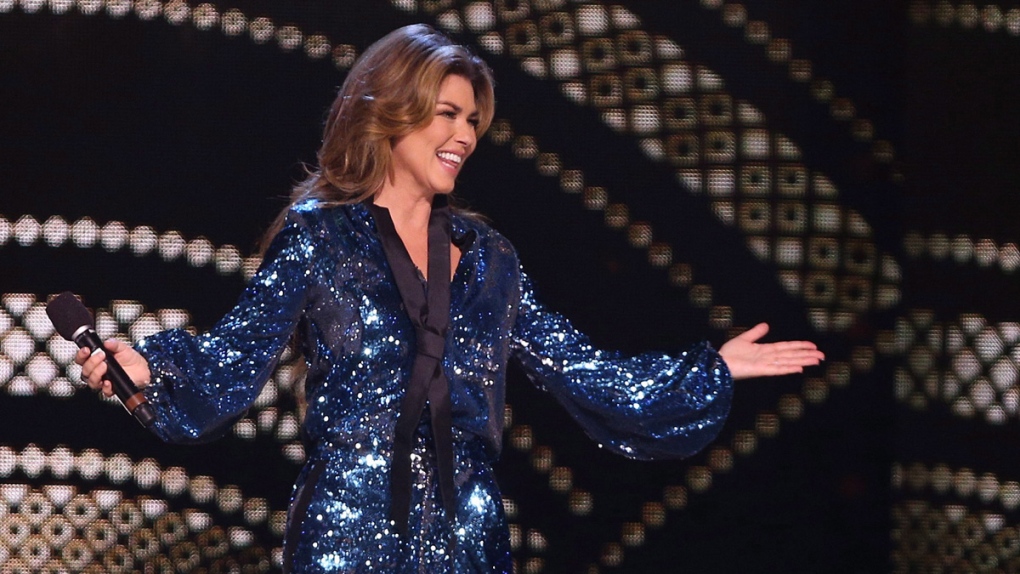 HAMILTON -- Shania Twain says she finds inspiration in the fight being waged by Avril Lavigne to return to music despite her health setbacks.

The country superstar has battled the effects of Lyme Disease for years, and she says she's aware that Lavigne has faced similar health issues.

"It's a battle," Twain said on the red carpet of the Country Music Association Awards on Sunday.

"I'm inspired that she's going out there and carrying on, and not letting it get in her way."

Lavigne published a statement on her website last week outlining plans to release new music for the first time in five years on Sept. 19.

The single "Head Above Water" will be the first sample of an upcoming album she calls "a very strong, triumphant, powerful and true record" that reflects her experiences over the last few years.

Lavigne says her battle with Lyme has been the worst period of her life as it took a physical and emotional toll. But she considers her new work "a victorious moment."

Twain returned to music last year after a long absence that included grappling with the health effects of Lyme.

Since then, she's launched a comeback of sorts, playing the Grey Cup and the opening night ceremony of the U.S. Open tennis tournament. She's also made various TV appearances.

Twain hosted the CCMA Awards on Sunday and picked up four accolades including top selling album of the year and the Generation Award for her impact across the world.

While Twain says she's never spoken to Lavigne about her experiences, she would like to someday.

"We all have obstacles in her life, I'm not letting Lyme's effects stop me," Twain said.

"I'm happy to see that she's not letting it stop her either."