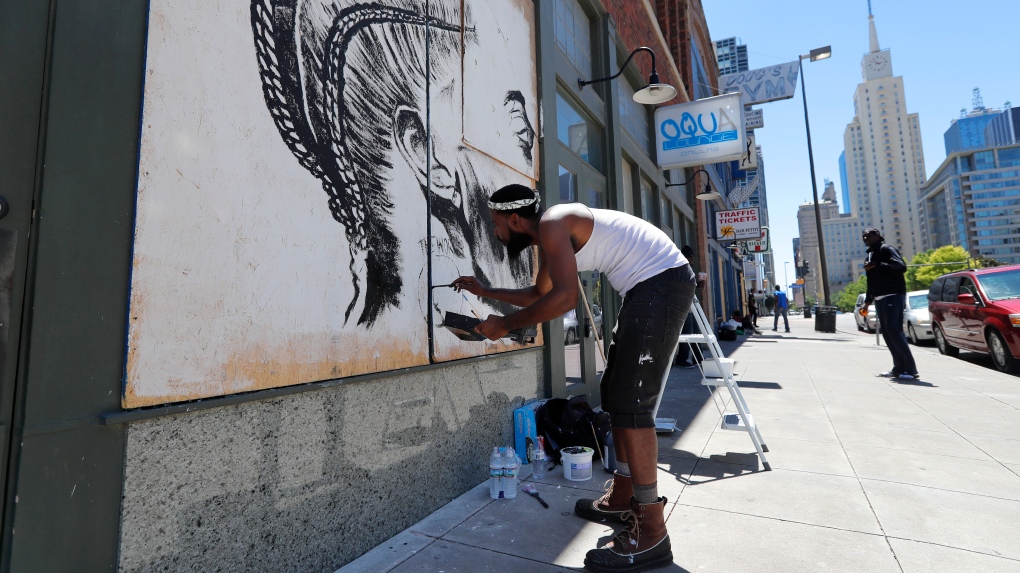 Nipsey Hussle was a hip-hop star who sought to raise up his neighbourhood with him until a friend from the same streets gunned him down, a prosecutor said in his closing argument Thursday.

"This man was different," Los Angeles County Deputy District Attorney John McKinney told jurors, seeking to humanize Hussle after two weeks of testimony that dwelled on the technical details surrounding the 2019 shooting. "He wanted to change the neighbourhood. He kept the same friends. And the neighbourhood loved him. They called him Neighbourhood Nip."

McKinney's presentation came at the trial of Eric R. Holder Jr., who is charged with the first-degree murder of the 33-year-old Hussle, whose legal name was Ermias Asghedom.

Holder's attorney Aaron Jansen acknowledged, as he has throughout the trial, that Holder shot and killed Hussle. But he argued to jurors during his own closing that they should find his client guilty of the lesser charge of voluntary manslaughter because he was acting in the "heat of passion" after a conversation in which Hussle told him there were rumors of his informing to authorities.

"That heat of passion consisted of being called publicly a snitch by someone as famous as Nipsey Hussle," Jansen said, later adding, "This is a provocation that stirs up rage and powerful emotion."

Hussle and Holder were both rappers, one successful, one unsuccessful, who grew up as members of the same South Los Angeles gang, the Rollin' 60s, the prosecutor McKinney said.

He showed the jurors a photo, taken moments before the shooting, of Hussle crouching down with a toddler wearing a shirt that read "Crenshaw," bought from Hussle's South LA clothing store, The Marathon, that they were standing outside of.

"He was no longer a gangbanger. He was a world-known recording artist and so much more," the prosecutor said. "It really is a shame that his life was so brutally and coldly taken, on his own property, in his own neighbourhood, by someone from his own gang. By somebody that he considered a friend."

Jansen painted a similar picture of Holder, saying he had grown beyond his young gang life and moved miles away.

"By 2019 he had completely put the Rollin' 60s in his rearview mirror," Jansen said. "He was just living his life in Long Beach."

Holder had not been to the neighbourhood where he grew up in years, and only stopped at Hussle's shopping center with a friend because he had a craving for food from a favorite fast-food place there. Jansen said he then found himself blindsided.

"This was a serious accusation that someone of Nipsey Hussle's stature was making against little Eric Holder Jr., who had just come into the neighborhood to get his chili-cheese fries," Jansen said.

He said it gave Holder reason to fear for his life and safety.

"What if he calls you a snitch in a song, and names you?" Jansen said.

McKinney downplayed this apparent motive, calling it a calm conversation that was "in the nature of advice," and saying no one who observed it thought there was any real hostility or imminent danger.

"I submit to you that the motive for killing Nipsey Hussle had little or nothing to do with the conversation they had," McKinney said. "There was already a preexisting jealousy or envy."

There had been no testimony to this effect during the trial, and the defence objected. The judge let the statement stand, but reminded jurors to focus on the actual evidence from the trial.

McKinney used the extensive surveillance and police body-camera images surrounding the shooting to take the jurors through a minute-by-minute narrative of the day.

He repeatedly showed the video, taken by a camera across a parking lot, of the moment Holder appeared with guns and Hussle collapsed to the ground.

Holder was gone for about 10 minutes before returning and firing. McKinney told jurors that it was plenty of time for premeditation as defined by the law.

"He thought about it and he did it," McKinney said. "That's all premeditated means. It doesn't mean he planned it for weeks."

Jansen countered that it was "a short period of time for such a serious, life threatening provocation."

"Clearly, emotions did not have time to clear in that short an amount of time," the defence attorney said. "There was no cooling off period. There was no time to reflect."

He even said the fact that Holder kicked Hussle in the head while he was on the ground is evidence that the lesser charge is more apt.