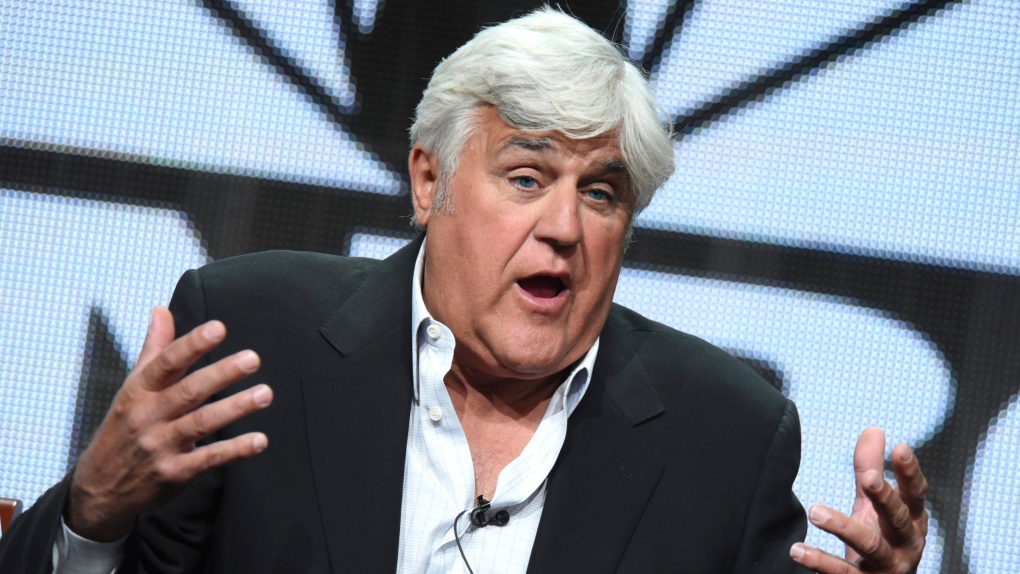 Howie Mandel has a bone to pick with his longtime friend Jay Leno.

On the podcast "Howie Mandel Does Stuff," he tells Leno he should have publicly defended himself in the "Tonight Show" rivalries of decades past, when Leno and David Letterman and then Leno and Conan O'Brien tussled over the plum job of host.

"This is what bothers me about you, you didn't change the narrative" and were painted as the bad guy, Mandel said on Tuesday's Apple podcast. "The vitriol that people were attaching you with, and people that we both know."

Leno, who hosted "Tonight" for a combined 22 years after Johnny Carson retired, insisted that the public has zero interest in hearing celebrities gripe.

"That worked for me by not whining, by not complaining," Leno said. "You get a whole silent majority of people to go, 'Hey, I like the fact you just put your nose to the grindstone and did the work."'

An admitted workaholic, Leno performs stand-up and hosts the game show "You Bet Your Life," with Kevin Eubanks, and the car-buff series "Jay Leno's Garage." On Mandel's podcast, he offered his take on winning "Tonight," losing it briefly and regaining it.

He and Letterman were among Carson's guest hosts before Letterman launched NBC's "Late Night"' in 1982 in the post-"Tonight" time slot. Letterman seemed positioned to succeed Carson when the enduring "King of Late Night" retired in 1992, but he and Leno fought for the throne.

"I was filling in for Johnny at 11:30, and the ratings were holding and doing well. And that's the main reason" NBC chose him, Leno said. But he recalled hearing chatter that claimed, "Dave had the show, and I came in one day and demanded it and took it away."

Mandel raised the competition between Leno and O'Brien for "Tonight." O'Brien, who had taken over the slot opened by Letterman's exit from NBC (starting "Late Show" at CBS), was tapped to replace Leno in a bid to draw a younger audience.

But NBC's scheme, which had Leno announce his retirement five years before the 2009 switch to O'Brien, proved a PR disaster for the network. "I don't know if it's possible to have a less orderly transition than Leno-O'Brien," media analyst Brad Adgate said later.

O'Brien's barely eight-month "Tonight" tenure ended after NBC, panicked by a drop in ratings, sought to put Leno in a half-hour 11:35 p.m. show and push O'Brien to post-midnight.

O'Brien refused, moved to TBS, and Leno reclaimed "Tonight" and competed with Letterman until 2014, when Leno was replaced by new host Jimmy Fallon. Letterman retired in 2015, succeeded by Stephen Colbert.

Leno, whose familiar, mainstream comedy on "Tonight" was compared unfavorably by some to Letterman's iconoclastic humor, allowed himself some low-key gloating.

"My attitude was Letterman will get the cool kids and the critics, and I'll take the popular vote," he told Mandel. "That's pretty much how it worked out."