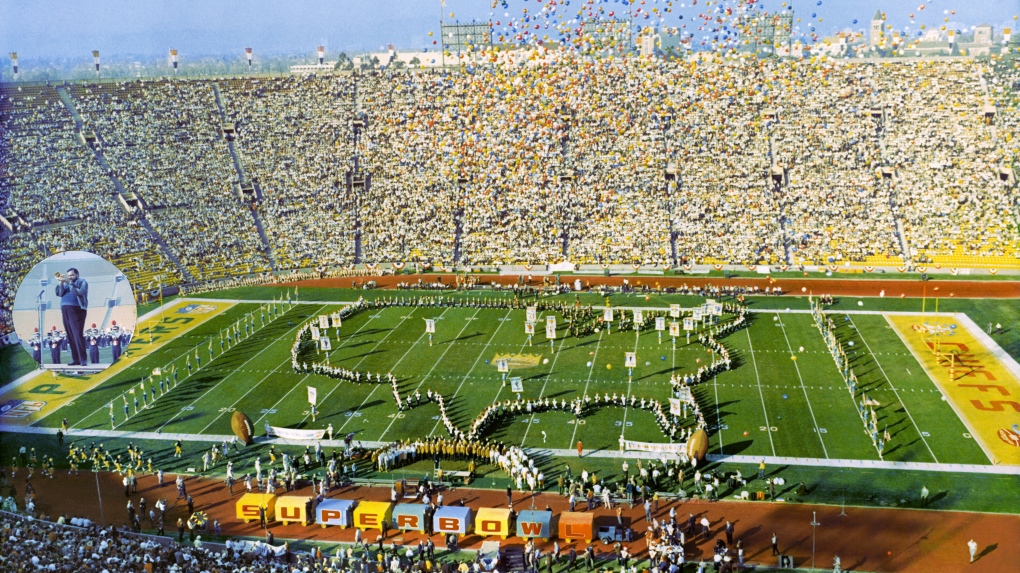 TORONTO -- The very first Super Bowl had no pop stars headlining the half time show and football fans didn’t have to take out loans to score a seat at the big game. The Super Bowl” of 1967 was vastly different than the one of 2020.

Robert L. Fleegler, assistant history professor at The University of Mississippi who specializes in 20th century America, helped explain how the world and the National Football League were vastly different from today.

“There was a time when the NFL wasn’t the biggest thing in the United States,” he told CTVNews.ca in a phone interview. He dubbed Super Bowl Sunday a “secular holiday” during which the whole country stops for four hours.

He said the Super Bowl was born in “different time in the mid-sixties, when football is just surpassing baseball as the biggest professional sport.”

Although the NFL was officially formed in 1920, it would take more than 40 years before the first Super Bowl was even held. And this had a lot to do with bitter rivals putting their differences aside, Fleegler wrote for The Organization of American Historians.

In 1960, a group of businessmen who’d been denied the chance to own football clubs by the NFL decided to start a rival league called the AFL.

But by 1966, after years of competing for fans and attention, then-NFL Commissioner Pete Rozelle and Lamar Hunt, owner of the AFL's Kansas City Chiefs, hashed out a deal to merge the two leagues by 1970.

The winners of each of the leagues would face off at the end of the season in a game originally called “AFL-NFL World Championship Game.”


'SUPER BOWL' NAME WAS A PLACEHOLDER

Some accounts suggest Hunt came up with the placeholder name “Super Bowl,” after being inspired by his child’s bouncy “Super Ball.” Rozelle hated it but he and Hunt both thought they’d come up with a better name eventually, Fleegler said.

But “sportswriters started using the moniker in advance of the inaugural game in January 1967 and it stuck,” Fleegler wrote.

Today, that once throwaway name is highly valuable and fiercely protected, with other companies not legally allowed to use the term “Super Bowl” -- unless they pay for it.

Although, under a U.S. rule, smaller businesses can get some wiggle room if they argue that using a trademarked term is the most accurate way to describe something. For example, it would be legal for a neighbourhood pizza shop to invite people to take advantage of their “two-for-one Super Bowl Sunday special.”

The term “Super Bowl” has been a registered NFL trademark since 1969, which means advertisers will often refer to it with monikers such as “The Big Game” (which the league briefly tried to trademark too).

The league has made headlines for going after people, companies or churches for their unauthorized uses of the phrase, “Super Bowl.”

OTD 1966: After numerous secret meetings with Tex Schramm and Lamar Hunt, Pete Rozelle announces that the NFL will merge with the AFL, its bitter rival for the past six years.

At the time, there was no signed contract, only notes from the principals involved. Here are the terms: pic.twitter.com/EudIe9hRuI

Only nine teams made up the AFL including the Miami Dolphins, the Denver Broncos, the New York Jets, the Houston Oilers and the Boston Patriots.

The eventual AFL winner, the Kansas City Chiefs, faced off against the NFC winner, the Green Bay Packers, in the first Super Bowl.

The showdown at the Los Angeles Coliseum on Jan. 15, 1967, was nothing like the Super Bowl of today.

Despite the tickets costing around US$12,(or US$91.64 in 2019, when adjusted for inflation, according to Dollar Times) only 63,000 seats were filled, leaving more than 31,000 seats empty, according to Michael MacCambridge’s book, “America’s Game: The Epic Story of How Pro Football Captured a Nation.”

At the time, big games were traditionally held at the stadium of one of the competing teams. And, MacCambridge wrote, "fans simply weren't used to travelling to neutral sites."

Today, assuming you beat the mad dash of buyers, the average cost of a Super Bowl LIV ticket is US$7,000, according to StubHub’s analysis of tickets resold through its site. Nosebleed tickets – those in the upper deck, furthest away from the action – cost US$4,649.

And regardless of where the game is held, there’s a cottage industry surrounding the game, including all-inclusive ticket packages, luxury hotel suites, private jet service and meet-and-greets with former players.

Today, one of the more notable aspects of the big game has become the halftime show. But it originally began as a small affair.

In the first Super Bowl in 1967, the musical guests included the University of Arizona Symphonic Marching Band and the Grambling State University Marching Band, as well as the Anaheim High School Drill Team.

The trend of not inviting pop stars continued well until the early 1990s, with some shows devoted to themes, such as the Mardi Gras, Duke Ellington or America's Bicentennial. 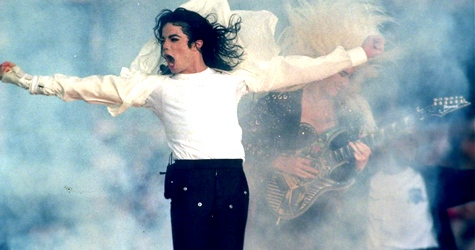 Michael Jackson performs during the halftime show at the Super Bowl XXVII in Pasadena, Calif in 1993. (AP / Rusty Kennedy)

But this started changing in 1991 when the U.S boy band New Kids on the Block headlined the show. And in 1992, when the game aired on CBS, Latina singer Gloria Estefan starred in the halftime show but rival network FOX had decided to air a live episode of sketch comedy show “In Living Color” to convince viewers to switch the channel.

So in 1993, organizers had pop star Michael Jackson perform during the halftime show to try and make sure viewers stayed tuned.

Ever since, Fleegler said the halftime show has evolved to only feature the biggest performers as headliners. The spectacle -- coveted by advertisers -- has been headlined by major pop stars such as Beyonce, Prince, Coldplay, Maroon 5 and Lady Gaga.