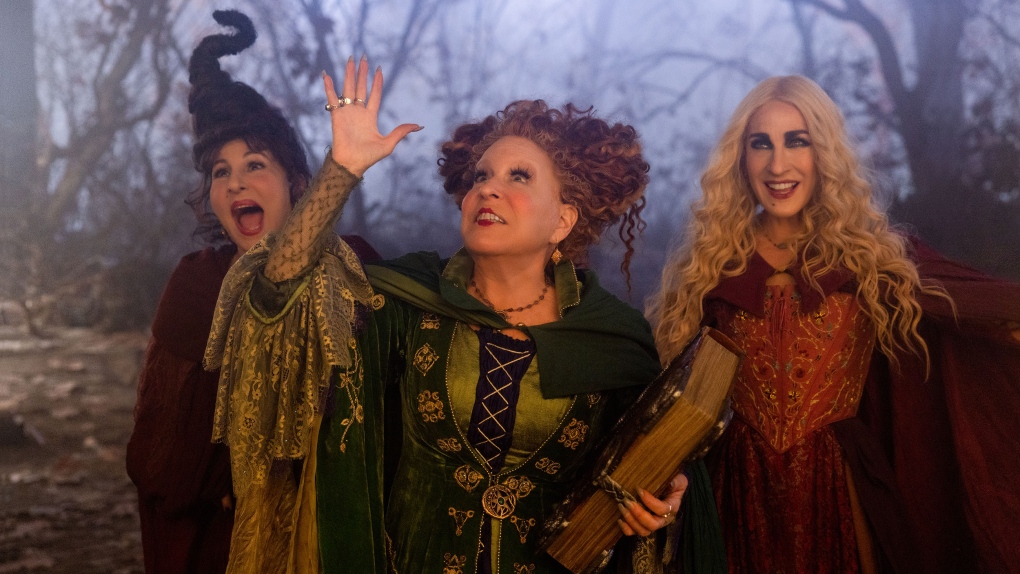 A first look at the Disney+ original movie "Hocus Pocus 2" is here.

The movie, which reunites Bette Midler, Sarah Jessica Parker and Kathy Najimy, is a live-action sequel to the Halloween classic. The trio again play the delightfully wicked Sanderson sisters.

According to the official movie synopsis: "It's been 29 years since someone lit the Black Flame Candle and resurrected the 17th-century sisters, and they are looking for revenge. Now it is up to three high-school students to stop the ravenous witches from wreaking a new kind of havoc on Salem before dawn on All Hallow's Eve."

The film is directed by Anne Fletcher and will debut on Disney+ on Sept. 30.