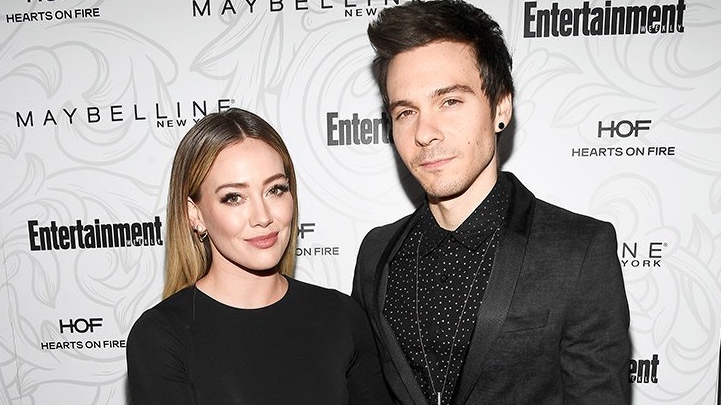 Hilary Duff is pictured with husband Matthew Koma in Los Angeles in this file photo.

The couple shared matching boomerangs on Instagram with their own sweet captions.

"We are growing!!! Mostly me ..." Duff wrote in her post where Koma is rubbing her growing belly.

This will be Duff's third child. She shares a 2-year-old daughter, Banks, with Koma and an 8-year-old son, Luca, with ex-husband Mike Comrie.

The 33-year-old actress and 33-year-old musician started dating in 2017 after Duff's spilt with Comrie, a Canadian hockey player, and were married two years later in a private ceremony in Los Angeles.

Koma is a singer/songwriter/producer who has worked with some of the biggest names in music, including Zedd, Tiesto, Alesso and Shania Twain.

Duff is currently in New York City filming the final season of her hit series "Younger."

This is definitely what dreams are made of.