Hemsworth wishes Cyrus 'nothing but health and happiness' 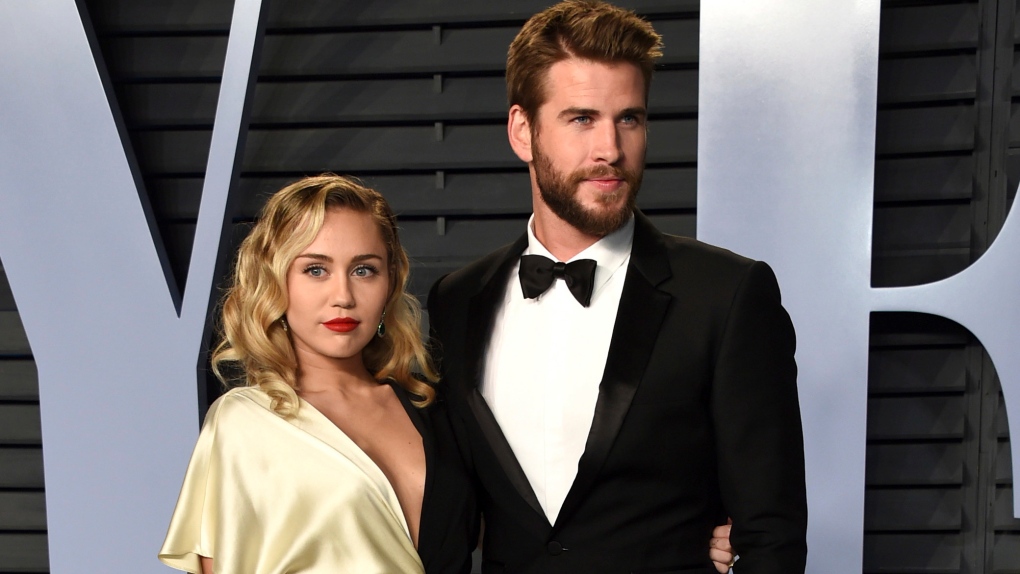 LOS ANGELES -- Liam Hemsworth is wishing his wife Miley Cyrus "nothing but health and happiness" days after Cyrus' representative announced the couple's separation.

Hemsworth posted on Instagram on Monday confirming the pair's separation and saying he won't be making comments to "any journalists or media outlets."

A representative for Cyrus says the couple decided a break was best while they focus on "themselves and careers" after less than a year of marriage.

Hemsworth, who starred in "The Hunger Games" films, and Cyrus have dated on and off for more than a decade. They married in December.

The representative says the pair will remain "dedicated parents to all of their animals they share."

Hi all Just a quick note to say that Miley and I have recently separated and I wish her nothing but health and happiness going forward. This is a private matter and I have not made, nor will I be making, any comments to any journalists or media outlets. Any reported quotes attributed to me are false. Peace and Love.