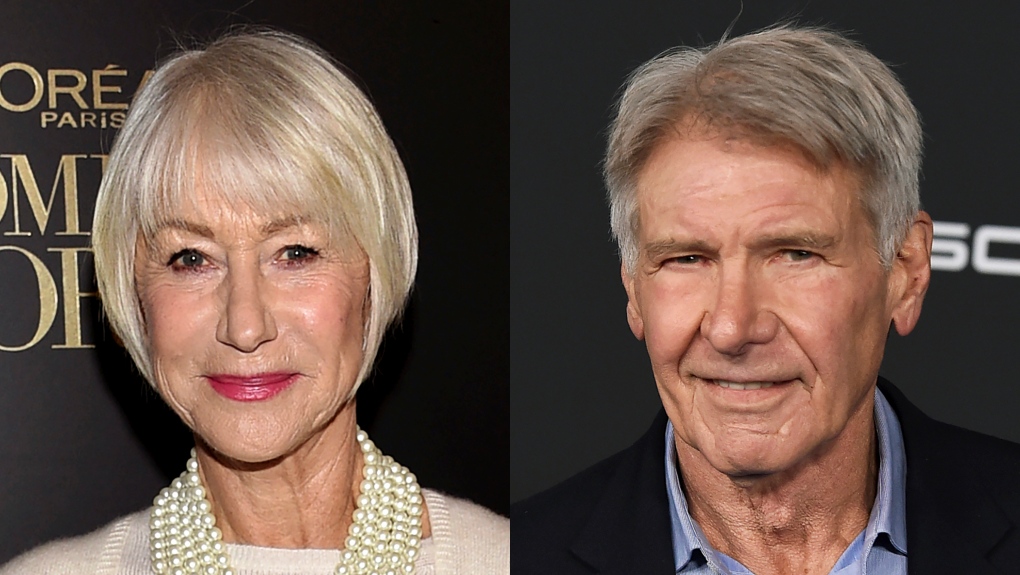 Helen Mirren appears at the 14th annual L'Oreal Paris Women of Worth Gala in New York on Dec. 4, 2019, left, and Harrison Ford appears at the premiere of "Star Wars: The Rise of Skywalker" in Los Angeles on Dec. 16, 2019. (AP Photo)
LOS ANGELES -

Helen Mirren and Harrison Ford will bring their combined star power to the newest addition to the "Yellowstone" TV franchise.

The pair will headline a Paramount+ series with the working title "1932," which joins "1883" as part of what the streaming service called the "origin story" of its "Yellowstone" drama series.

Mirren and Ford are among the growing ranks of film actors who have added small-screen projects to their resume as streaming services vie for subscribers with prestige projects and big names.

The latest chapter in the Dutton family saga will be set in an early 20th century and a Mountain West beset by drought and the Great Depression, among other ills, Paramount+ said. It will debut in December.

Writer-producer Taylor Sheridan is the creative force behind the hit franchise, which began with the contemporary drama "Yellowstone," led by Kevin Costner. The "1883" prequel stars Faith Hill and Tim McGraw.

Mirren is among today's most highly regarded actors, a four-time Oscar nominee who won for her portrayal of Queen Elizabeth II in 2006's "The Queen."

Ford's extensive blockbuster movie credits include the "Star Wars" and "Indiana Jones" franchises. He was an Oscar nominee for the 1985 film "Witness."

A gunman on a rooftop opened fire on an Independence Day parade in suburban Chicago on Monday, killing at least six people, wounding 24 and sending hundreds of marchers, parents with strollers and children on bicycles fleeing in terror, police said. The suspect remained on the loose hours later as authorities scoured the area.

'He was a hero': Family says Ottawa man killed in fatal collision sacrificed himself

The family of an Ottawa man killed in a Canada Day crash in the west end says Tom Bergeron died exactly as he lived: selflessly thinking of others before himself.