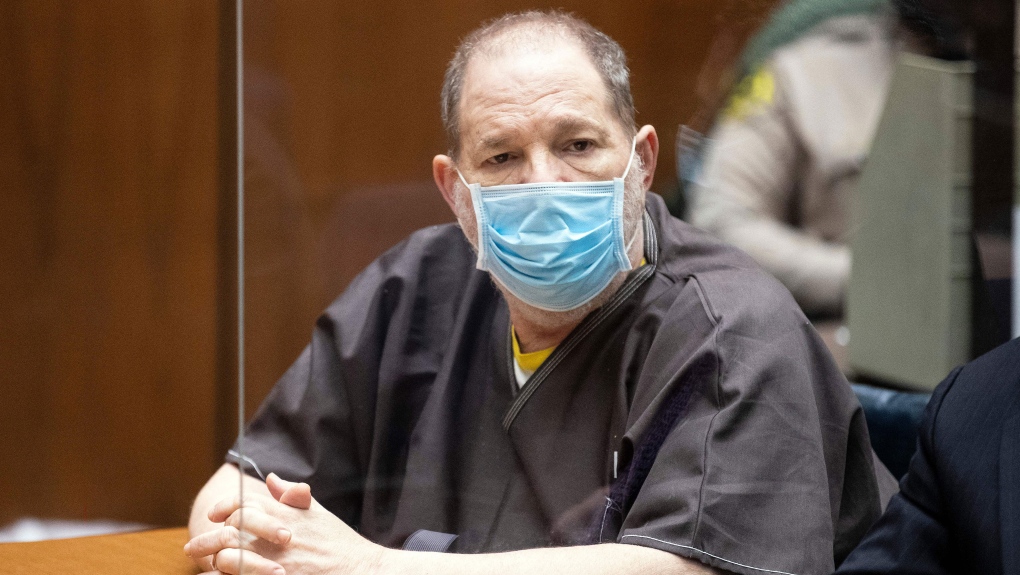 Last month, a Los Angeles County judge dismissed one of the 11 charges against him after his defense team argued that the statute of limitations on a sexual battery charge had run out. A criminal grand jury then amended the indictment to include a May 2010 incident involving Jane Doe #3.

During Monday morning's hearing in a downtown Los Angeles courtroom, prosecutors revealed they are seeking to admit other evidence of alleged sexual misconduct currently under seal.

After the hearing, Weinstein's defense attorney, Mark Werksman, said he wants what he calls a tsunami of unproven bad acts from prosecutors to not be allowed in trial.

The producer, in a wheelchair, was dressed in a dark brown jail jumpsuit and wore glasses in court. Werksman said his client cannot walk or see and needs eye surgery. His next court date in the case is October 25.

Weinstein was found guilty last year in New York of first-degree criminal sexual act and third-degree rape. He is serving a 23-year prison sentence at a maximum security prison outside Buffalo, New York, but has been transferred to California for these court hearings.

His attorneys have decried the sentence as a de facto life sentence. His legal team filed an appeal earlier this year, saying a biased judge and a biased juror tainted the trial.

The hearings come nearly four years after investigative stories by The New York Times and The New Yorker revealed Weinstein's alleged history of sexual abuse, harassment and secret settlements as he used his influence as a Hollywood power broker to take advantage of young women.