Grammys CEO on a mission to regain music community's trust 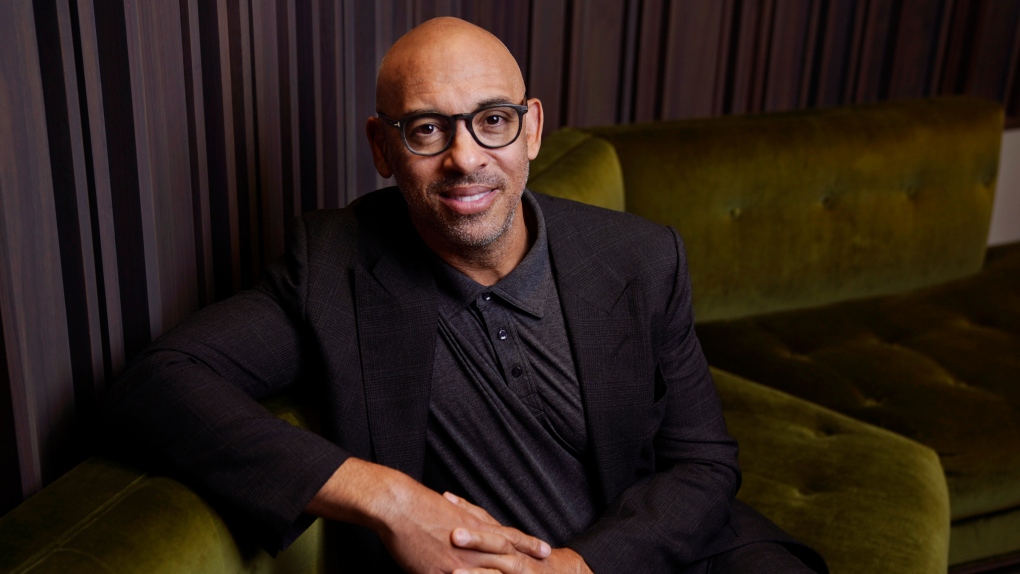 BURBANK, CALIF. -- When Harvey Mason jr. took the helm at the Recording Academy, the Grammy-nominated producer knew there would be an uphill climb. He's heard firsthand from some in the music community that the academy wasn't a fit for them, the award voting process was ineffective, and that the organization lacked diversity.

Those critical responses have fuelled Mason's mission as the academy's CEO to right the wrongs and listen to the voices of the unheard. He's already replaced the nominations review committee with a new member peer-driven voting system, overhauled the leadership with two co-presidents, increased membership and committed to hiring more diverse candidates with an inclusion rider for next year's Grammy Awards.

So far, Mason feels like the academy -- which annually produces the Grammys -- is moving in the right direction to regain the trust of the music community.

"We're learning and we're changing," Mason said in an interview at his studio in Burbank, California. He's a successful producer who has worked with Beyonce, Chris Brown and Whitney Houston. He was elected president and CEO of the academy in May after holding the interim title last year, becoming the first Black person to hold the position. He was previously chair of the academy's board.

Mason succeeded Deborah Dugan who was ousted five months after she took the position -- just days before the 2020 Grammys. She claimed that the awards are rigged and filled with conflicts of interests in the nomination process, then reported sexual harassment and pay disparities.

After taking over, Mason soon faced Grammy backlash from The Weeknd who angrily slammed the awards, calling them "corrupt" after the pop star received zero nominations despite having last year's biggest single, "Blinding Lights." The singer says he will boycott future Grammys and not allow his label to submit his music.

Other artists have called out the Grammys including Drake, Frank Ocean, Nicki Minaj and 50 Cent, who said the award show was "out of touch." Others took aim at the transparency of the "secret" review committee, which selected the eight nominees for each of the Grammys' top four awards.

Some claimed committee members favoured projects based on personal relationships, promoted projects they favoured and worked on.

In April, the academy eliminated its anonymous nominations review committee -- a group that determined the contenders for key awards at the prestigious music show.

Mason said he's gotten his "butt kicked" during conversations with artists who have vented frustrations. But he's continuing outreach efforts across all genres to build a strong partnership with the music community, promote the academy's initiatives and programs and to stress the importance of becoming a member.

"I don't do it because I want them to love the academy, and I guess partially I do," he said. "But I do it because what we're doing is really important and partnership with the artist community is something we rely on."

Despite the academy's turbulent past, Royce da 5'9" has been a supporter of Mason's direction.

"(Harvey is) a good addition to the Grammys," said the rapper, who was nominated for his first Grammy in his nearly two-decade career last year. "I think just adding more Black people to the board in different states would really help. I think that's key."

With the new peer-driven system, Mason instituted the 10-3 initiative -- which allows the academy's nearly 12,000 members to vote for up to 10 categories in three genres. All voters can vote for the top four awards. The first round of Grammy voting began Friday.

Mason said it's imperative to create a diverse membership at the academy with the hopes of eliminating past mishaps.

"We want to get the awards right, but also it's a little bit me explaining the process," said Mason, who said he relates to those who are disappointed with the voting process. The producer said there were moments when he should've won or been nominated for a Grammy, but it didn't happen.

"A lot of people who felt (frustrated) didn't understand that the nominees and the winners are voted on by you and you and you," said Mason, who's been nominated five times. He followed the music footsteps of his father, Harvey Mason Sr., a 10-time Grammy-nominated jazz drummer of the group Fourplay.

Mason said the academy recently had a breakthrough when 83 per cent of the 2,710 music professionals asked to join the academy as new members in June did so. The makeup of this year's class of invitees: 48 per cent women, 32 per cent African American, 13 per cent Hispanic and 4 per cent Asian or Pacific Islander.

Strides are being made, but some want more from the academy's programs such as Women in the Mix -- a 2019-launched initiative that spotlights female producers and engineers. The program aims to facilitate mentorship among women in the industry.

Only two per cent of music producers and 3 per cent engineers/mixers across popular music are women, according to a study by the USC Annenberg Inclusion Initiative.

"We hope to see the numbers improve," said Stacy L. Smith, founder of the inclusion initiative. She wants to make sure that programs like Women in the Mix meaningfully "increase participation throughout the industry.

"For women, this includes improving nominations and wins in critical categories, including producer of the year," she said. "For women of colour, this means seeing the numbers increase across all the major categories. For people of colour overall, this includes recognizing their accomplishments, artistry, and vision across categories and major awards."

Smith said the biggest challenge for Mason is to ensure that inclusion consistently goes beyond "making statements and is a central part of the academy's work."

Mason believes he and the academy are doing just that. He said he'll be the "meanest and toughest one" when holding people accountable for the inclusion rider, which will ensure equity and inclusion in hiring at all levels of production for next year's Grammys. The 64th Grammy Awards telecast is scheduled for Jan. 31.

"We've been functioning under the idea of making sure we're inclusive and really diverse and equitable," he said. "We are holding each other accountable to make sure this stuff is done right. You're not going to find an organization that cares more about diversity and changing and heading in that direction than us."