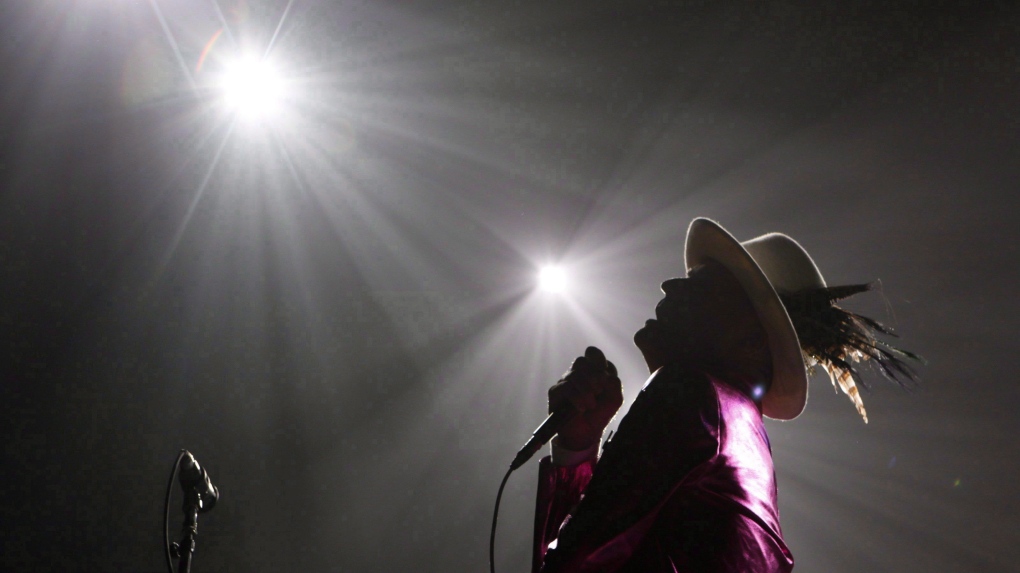 The Tragically Hip's Gord Downie, performs during the first stop of the Man Machine Poem Tour at the Save-On-Foods Memorial Centre in Victoria, B.C., Friday, July 22, 2016. THE CANADIAN PRESS/Chad Hipolito

"Away is Mine" is a 20-track collection of what Toronto record label Arts & Crafts calls "Downie's final solo recording."

The project was laid down at the Tragically Hip's studio in Bath, Ont., in July 2017, three months before Downie died from glioblastoma, an incurable and rare form of brain cancer.

The musician's longtime collaborator Josh Finlayson contributed to the album alongside several other musicians, including Travis Good of the Sadies and Downie's son, Louis, who was a teenager at the time.

"Away is Mine" splits evenly between acoustic and electric versions of the last 10 songs Downie wrote as he looked towards his final days.

The album will be released on Oct. 16, one day before the third anniversary of Downie's death.

While many of the song titles seem gloomy -- "Useless Nights," "I Am Lost" and "No Solace" among them -- the recordings themselves are often more celebratory than sombre.

The record offers further insight into a vibrant period of creation for Downie, who learned of his cancer diagnosis in late 2015 and began writing letters to loved ones in the weeks that followed.

Those letters became the songs on "Introduce Yerself," recorded during studio sessions starting in January 2016.

Once he went public with his cancer diagnosis in May 2016, the singer-songwriter embarked on the ambitious final Hip tour that summer. He also performed songs off of the "Secret Path" album in the fall of the same year.

He returned to the studio in February 2017 to finish "Introduce Yerself" with producer Kevin Drew.

"Away is Mine" comes after that period and his record label describes it as an autobiographical and collaborative album that's "a contemplation on Gord's life."

This report by The Canadian Press was first published Sept. 21, 2020