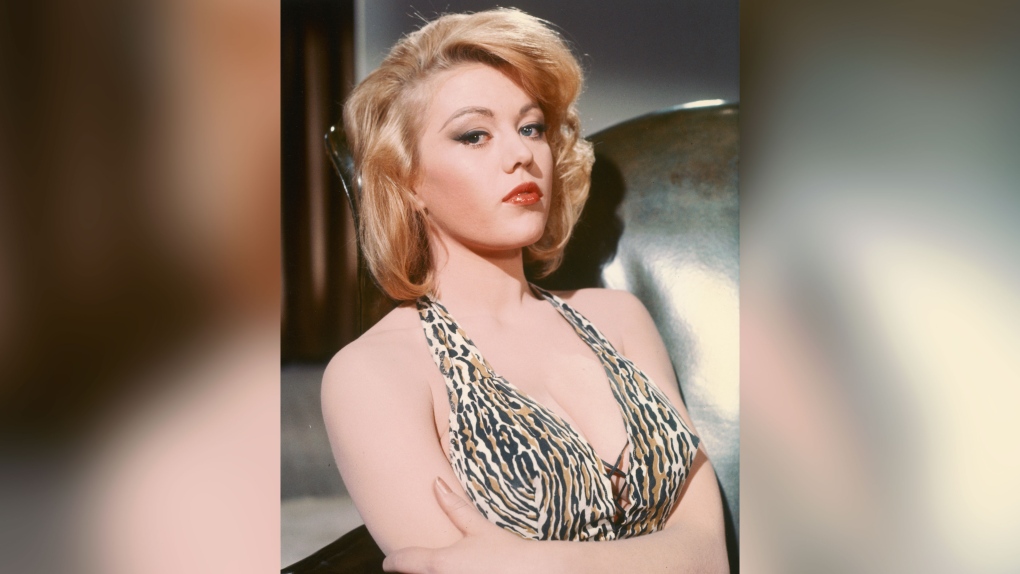 Margaret Nolan was at the middle of the 'Venn diagram of everything cool in the 60s,' director Edgar Wright wrote on Twitter. (Silver Screen Collection/Moviepix/Getty Images/CNN)

Margaret Nolan, an actress and model who famously featured covered in gold paint in the title sequence for the James Bond movie "Goldfinger," has died at the age of 76.

Director Edgar Wright, who worked with Nolan on his upcoming movie "Last Night in Soho," announced the news on Twitter.

"It's my sad duty to report that actress and artist, the magnificent Margaret Nolan has passed away," Wright tweeted.

"She was the middle of Venn diagram of everything cool in the 60's; having appeared with the Beatles, been beyond iconic in Bond and been part of the Carry On cast too."

In addition to appearing in the "Goldfinger" title sequence she also played the character Dink, a masseuse, in the 1964 film.

Other appearances include the movies "No Sex Please, We're British" and "Toomorrow," as well as TV series such as "The Sweeney" and "Last of the Summer Wine."

Nolan, who was born in Somerset, England, on October 29, 1943, began her career as a glamor model under the name Vicki Kennedy before moving into acting.

"She became deeply involved in political theatre and more recently created visual art; deconstructed her own glamour modelling in a series of photomontages," Wright tweeted.

Nolan was "so funny, sharp and, as you might imagine, full of the most amazing stories," he wrote.

"I'm so glad I got to know her. My heart goes out to her family and all that loved her. She will be much missed. "