Go ahead, dive inside the mind of Bill Gates 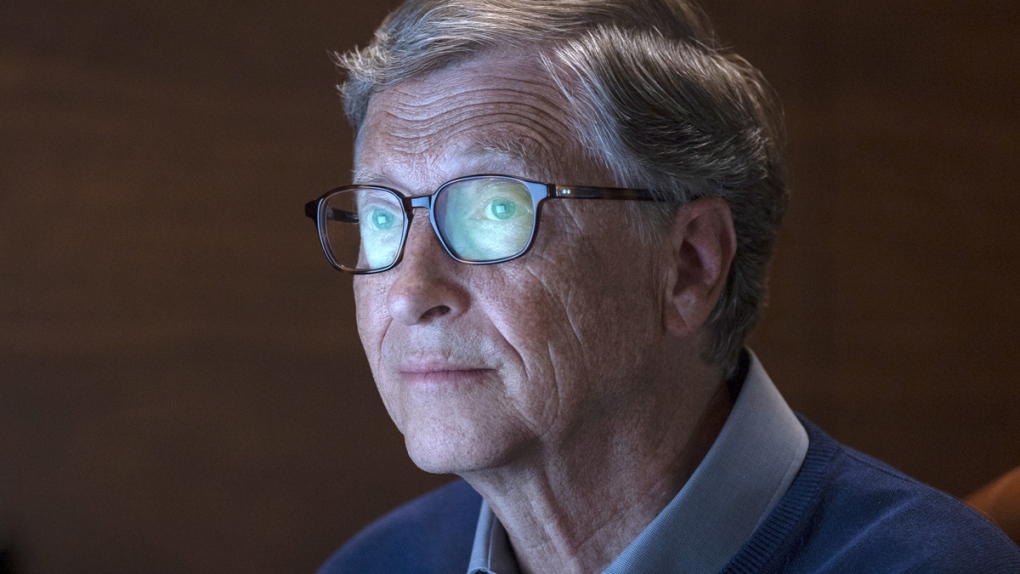 NEW YORK -- There are some things about Bill Gates that are unremarkable. His favourite food: hamburgers. His favourite animal: the dog. But a few minutes into a new TV series on Gates reveals a fascinating insight.

The Microsoft co-founder and billionaire philanthropist is asked what his worst fear is. It's not family tragedy or personal pain. "I don't want my brain to stop working," he responds.

That formidable gray matter is fittingly the subject of "Inside Bill's Brain: Decoding Bill Gates," a new three-part documentary on Netflix from Academy Award-winning director Davis Guggenheim. It starts Sept. 20.

A portrait emerges of a visionary who gnaws on his eyeglasses' arms, downs Cokes and is relentlessly optimistic that technology can solve social ills. He is also someone who reads manically -- he'll scrutinize the Minnesota state budget for fun -- and who is a wicked opponent at cards.

While the series is largely sympathetic toward its subject, Guggenheim nevertheless presses Gates on everything from the federal antitrust case against Microsoft in the 1990s to his relationship with his mother.

In a phone interview, Gates acknowledged that he balanced the camera's intrusion with the chance to tell the world -- and recruit help -- about his efforts to help the planet and the poor.

"The work side, that comes pretty naturally. The only thing that's a little awkward is where they're trying to talk about personal life and parents and all that type of stuff," Gates said.

The filmmaker and the billionaire find a natural rapport, creating a comfortable space in which Gates does an imitation of Robert De Niro in "Taxi Driver" and admits to eating Tang powder straight from the jar.

The series gets a dash of action by having Guggenheim interview Gates during hikes around rugged places such as a desert near Palm Springs, California, and Gates' property at Hood Canal in Washington. The two men are often filmed from behind, walking shoulder-to-shoulder as Gates talks.

Guggenheim, whose films include "An Inconvenient Truth" and "He Named Me Malala," first met Gates when he was making "Waiting for 'Superman,"' which examined the educational system. He said Gates made himself "an open book."

"In the beginning I said, 'Look, I'm going to ask you every question I have on my mind. I'm not going to be worried about being overly sensitive,"' Guggenheim said. "I didn't go home ever thinking, 'God, I was too scared to ask that question.' I asked him everything."

For greater insight, Guggenheim interviewed Gates' sisters, journalist Nicholas Kristof, tycoon Warren Buffett and Gates' wife, Melinda, who comes across as smart, funny and an occasional foil to her husband. The Gates' three children are shown but weren't interviewed.

Each episode in the series introduces three huge global issues the Bill & Melinda Gates Foundation has tackled recently -- safe sanitation technology, polio eradication and nuclear power -- and then switches back in time to see how Gates solved other complex issues in his life as a younger man.

After spending so much time with Gates, Guggenheim said the popular perception of him as a cold, dispassionate thinker isn't true. Gates, he found, is the first person in the family to cry at movies.

"The truth is, what I've learned about Bill is he is very passionate and emotional. But he puts those emotions to the side," he said.

"If you're solely led by your heart, you may not see the great solution standing in front of you and I think that's what Bill's superpower is."

Gates himself said he appreciated Guggenheim serving as a reality check for many of the seemingly intractable public health issues that his foundation has tackled.

"I'm not that objective. It was interesting, through Davis' eyes, to have him say, 'Are you sure?' Well, I'm not sure," said Gates. "So I thought that was good. It made me step back."