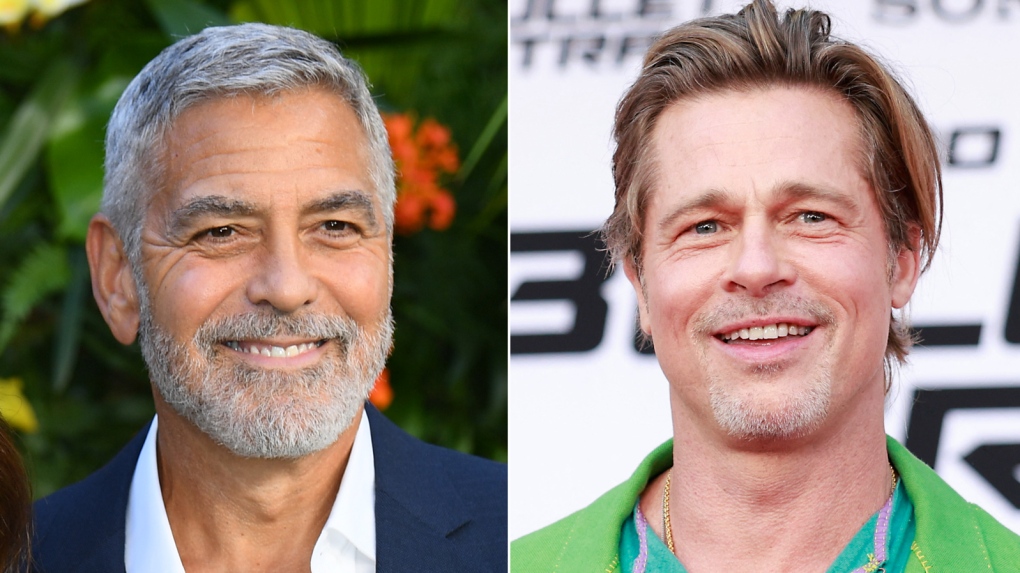 George Clooney (left) and Brad Pitt are seen here in a split image. (via CNN)

George Clooney and Brad Pitt can't quit teasing each other.

On Thursday's episode of "The Late Show with Stephen Colbert," Clooney was asked what he thought about Pitt recently calling him the most handsome man in the world.

Clooney said he wasn't so sure about that, but then told Colbert that he agreed with Pitt.

"I, too, think that I am the most handsome man," Clooney quipped to cheers from the audience.

When Colbert remarked that it was nice of him to agree with Pitt, Clooney couldn't help but revert to poking fun at his friend, who he called "pretty boy Pitt."

"I will say that I think his first answer was himself and then someone said, 'Let's do that again. Don't say yourself,'" Clooney joked.

The two "Ocean's 11" co-stars are set to reunite on screen on a as-yet-untitled film for Apple in which they will play fixers assigned the same job.

A new survey reveals that Canadians make an average of 1.7 resolutions each year, but 68.6 per cent fail to stick with their resolutions after spending hundreds of dollars on their goals.