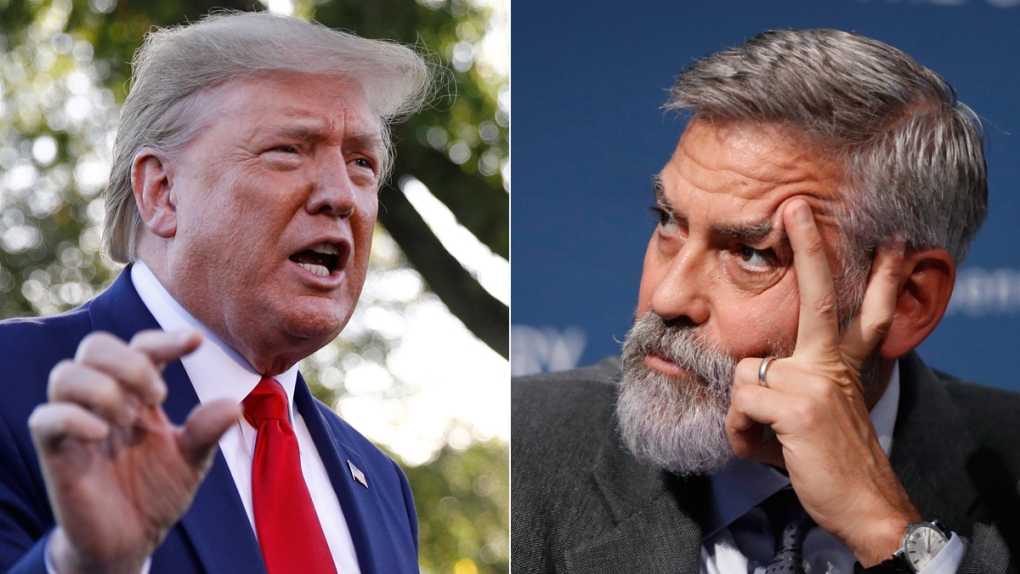 HELSINKI -- George Clooney said on Thursday he was appalled U.S. President Donald Trump partly justified the decision to withdraw U.S. troops from Syria by stating Kurds "didn't help us with Normandy" during the Second World War.

The politically active Hollywood actor, director and producer told a business seminar in Finland's capital that he found Trump's words from a day earlier "a pretty shocking statement."

Clooney accused Washington of leaving the allies of U.S. forces in Syria to deal alone with Turkey's military offensive.

"I'm horrified at the idea we would say that after having Kurds fight our battle for us -- because we don't want to send troops there -- and then say, 'OK, you're on your own,"' he said.

Clooney was interviewed at the Nordic Business Forum in Helsinki in front of some 7,000-strong audience of mostly business and corporate leaders.

He is known to voice opinions on global political matters and has been engaged in humanitarian causes together with his wife Amal Clooney who is a human rights lawyer.

Clooney, who won the best supporting actor Academy Award for playing a former CIA agent in the 2005 Middle East political thriller "Syriana" said he was currently working on an eight-part series with Netflix on the Watergate scandal and President Richard Nixon's downfall.

Who are the Kurds and why are they under attack?

Divided UN fails to agree on Turkey's offensive in Syria

Explainer: Turkey's offensive against Kurdish fighters and what it means for Canada