From Canada-Gilead relations to TV crossover, 5 things to know about Atwood's 'The Testaments' 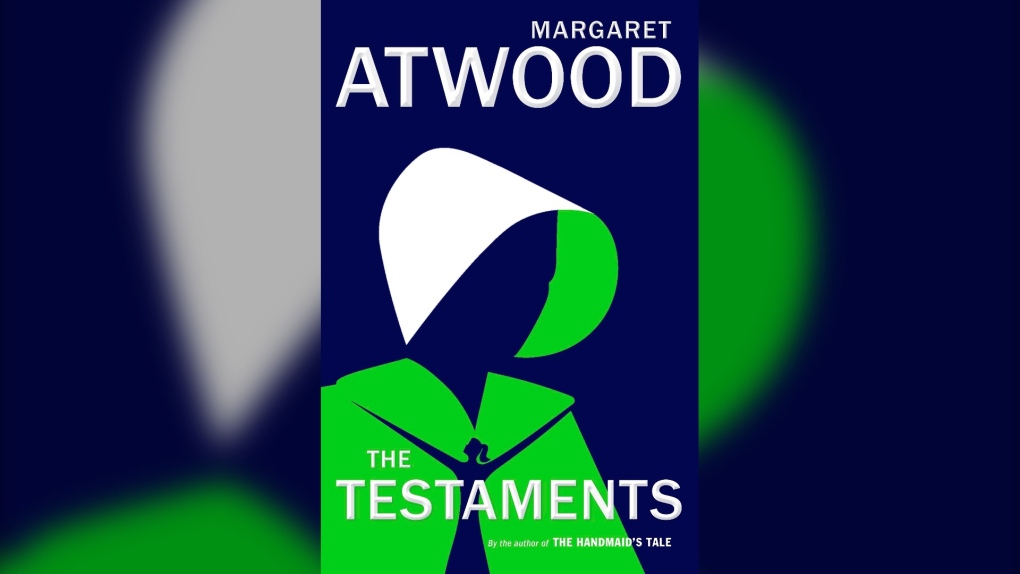 This cover image released by Nan A. Talese shows "The Testaments," by Margaret Atwood. The novel will be released on Sept. 10. (Nan A. Talese via AP)

TORONTO -- Get ready to return to Gilead.

When Margaret Atwood revealed she was working on a followup to "The Handmaid's Tale" last fall, she cited two sources of inspiration: the questions she's fielded from readers in the past 34 years, and with a prophetic wink, "the world we've been living in."

In "The Testaments," the Canadian author delivers on both of these fronts as with a propulsive dystopian plot that's equal parts political thriller and allegory.

Here are five things to know about the much-hyped sequel, which will be published by McClelland & Stewart on Tuesday:

The sequel is set 15 years after "The Handmaid's Tale"

Atwood's 1985 novel takes place in the early days of Gilead's puritanical rule over much of the former United States, in which women are subjugated as property of the state.

Weakened by a war with the Republic of Texas, resources in Gilead are scarce -- the most precious one being healthy babies -- and espionage is on the rise as defectors escape through the underground "Femaleroad." But the true threat may come from within the ruling class racked by treachery, corruption and routine purges in a zero-sum power struggle.

Three narrators tell their tales -- but not the handmaid

In "The Handmaid's Tale," readers only experience Gilead through the eyes of Offred, her gaze obscured by the white bonnet she dons as part of the handmaids' scarlet-cloaked uniform.

Offred spends much of the story confined to her room in a commander's household where she serves as a reproductive slave forced to bear children for him and his infertile wife. Her internal world is rendered in intimate detail, but the workings of Gilead are for the most part restricted from her view.

"The Testaments" broadens this aperture in the form of three narrators: Aunt Lydia returns, and readers are introduced to two young girls raised on opposite sides of the Canada-Gilead border.

Offred figures only obliquely in the action-packed sequel, but her legacy looms.

Prepare to see a whole new side of Aunt Lydia

The Aunt Lydia of "The Handmaid's Tale" is portrayed as a despotic schoolmarm, who with a wagging finger and cattle prod whips Offred and other fertile women accused of sinful behaviour into pliant handmaids.

This piety is punctured at the sequel's start, when it's revealed that Aunt Lydia is furtively keeping record of Gilead's misdeeds, including her own.

Scrawling away in one of Gilead's few remaining libraries, the former judge recounts how she helped engineer the patriarchy's system of laws, uniforms and names to repress women -- leaving it to the reader to judge whether she was motivated by survival or opportunism.

We get a glimpse of Canada-Gilead relations

Canada is relegated to a peripheral role as a place of refuge in "The Handmaid's Tale." But in the sequel, Toronto-based Atwood offers a fuller view of how Canada is getting along with its new southern neighbour.

A key source of bilateral tension is the fate of baby Nicole, born to a handmaid and smuggled into Canada.

Gilead demands the child be reunited with her legal parents, a top-brass commander and his wife. The Canadian government, caught between its principles and pressure from Gilead, drags its feet but eventually gives in.

But when Nicole isn't found, she becomes a poster child for causes on both sides of the border.

In Gilead, she's elevated to martyrdom, with children praying daily for her safe return.

In Canada, activists carry signs with her image at protests calling on the government to cut ties with the regime and provide safe haven to refugees. But with anti-immigrant sentiment simmering across the globe, counter-marchers arrive wielding their own slogans, demanding to "close the border" and stop the "invasion" of Gilead refugees.

The sequel differs from the TV show, but there's crossover potential

While it's hard to avoid book-versus-TV comparisons, the cross-medium collaboration behind "The Handmaid's Tale" has proved to be quite fruitful.

While the debut season of "The Handmaid's Tale" for the most part hewed to its source material, the Emmy Award-winning series has since veered off to explore stories outside the Atwood canon.

Now that Atwood, who's a consulting producer on the show, is delving into a new era of Gilead's reign, Hulu and MGM are looking to develop "The Testaments" for the screen.

Time magazine reports that Bruce Miller, creator and showrunner of "The Handmaid's Tale" TV series, is in discussions to adapt the sequel, but it's unclear whether it will be woven into the existing Hulu series or spun off into its own project.