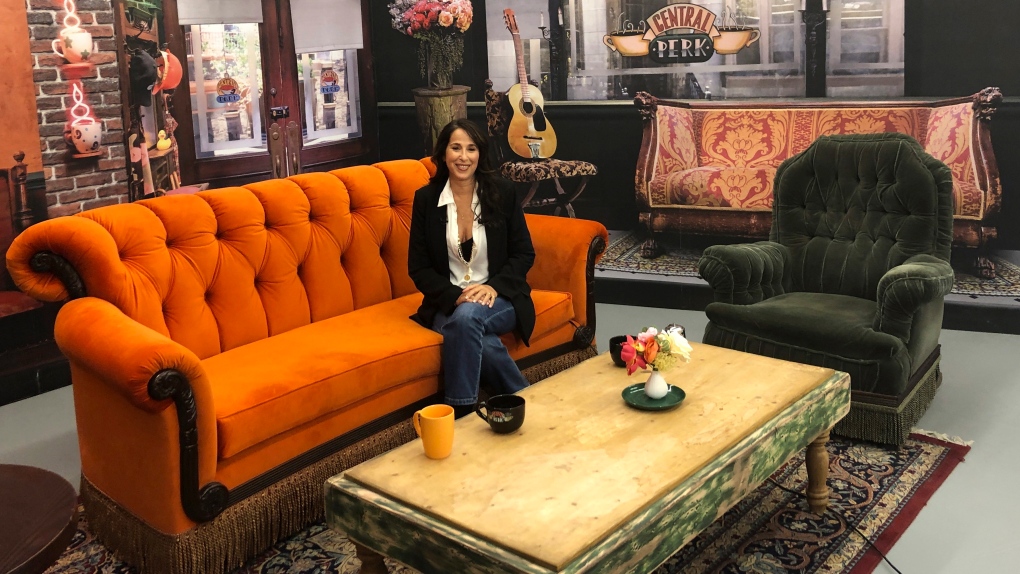 NEW YORK -- Could "Friends" fans BE any luckier? Those who have snagged tickets to the New York City Pop-Up experience based on the comedy favourite will get to plop down on the orange couch at Central Perk, play foosball in Joey and Chandler's apartment and marvel at Rachel's haircuts through the show's 10 seasons.

Visitors enter a non-descript downtown building in a trendy Manhattan neighbourhood, not unlike where friends Monica, Rachel, Phoebe, Ross, Joey and Chandler lived on the show, which is celebrating its 25th anniversary later this month. There are different sections to walk through in 8,500 square feet of loft space, where more than 50 original props from the show are on display.

James Michael Tyler, who played Gunther, the barista forever in love with Rachel, was at a press preview for the Pop-Up on Thursday. He said he was amazed at the detail.

"It's really surreal... this particular pop up is far more elaborate than the ones that we've had in the past. This is literally like a 'Friends' museum," he said. "It's amazing how many props and little things that just bring back memories to me."

There are complete replicas of Joey and Chandler's living room and Central Perk's counter and lounging area. Original costumes like Monica's chef uniform, Phoebe's funky suede jacket and Ross' infamous leather pants came straight from the Warner Bros. archives. While those items are behind glass, much of the exhibit is interactive. There are seven opportunities for fans to insert themselves into familiar "Friends" scenes for selfies and posed photos -- like answering the door to Monica's apartment or sitting on the orange couches with colored umbrellas from the show's musical open.

The Friends Pop-Up is an experiential project created by entertainment company Superfly, in partnership with Warner Bros., which produced the show for its run from 1994-2004.

The Pop-Up opens Saturday and runs through October 6th. Tickets sold out in three hours.

Maggie Wheeler, who played Janice on the show, said she's expecting fans will be satisfied by the experience.

"It's very rare to be able to kind of walk into a set, a place that lives in your memory, that you have all of these associations with, and sit here and touch this couch and look at this table and feel yourself living in the environment where all of these characters lived," she said. "So I think people are going to really flip out and I think they're going to have so much fun I think it's going to be hard to get people to leave."