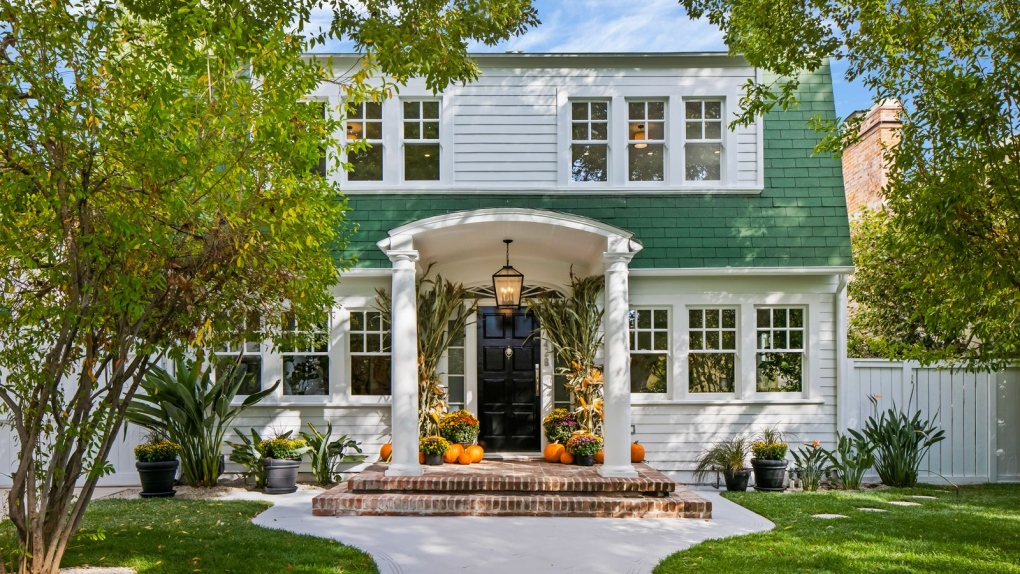 The house made famous by Wes Craven’s seminal slasher film, A Nightmare on Elm Street, is up for sale. (Credit: Anthony Barcelo)

It’s not actually on Elm Street, there’s no sign of Freddy, and the inside is the stuff of dreams -- not nightmares -- but yes, this is the iconic home haunted by cinema’s vengeful child murderer, Freddy Krueger.

The house made famous by Wes Craven’s seminal slasher film, A Nightmare on Elm Street, is up for sale and could be yours for US$3.25 million, or almost three times what Craven reportedly spent filming it in 1984.

Situated just steps away from Sunset Blvd at 1428 N Genesee Ave in Los Angeles, the 2,700 square foot home is in fact a beautifully renovated, three bedroom, two-storey property with walnut floors, a spacious open kitchen, rounded archways, and big, bright windows. It even comes with its own detached guest house.

The listing on Zillow writes, “blue pool, green grass and fragrant citrus trees draw you out and make this an effortless example of the best of indoor-outdoor Southern California living.” Not exactly a scene of horror.

Offers are reportedly being accepted until midnight on Halloween, according to People Magazine. Heather T. Roy and Learka Bosnak of Douglas Ellimanhold the listing.

Who wants to go halves on Nancy’s house with me? https://t.co/1RiefXVUEI