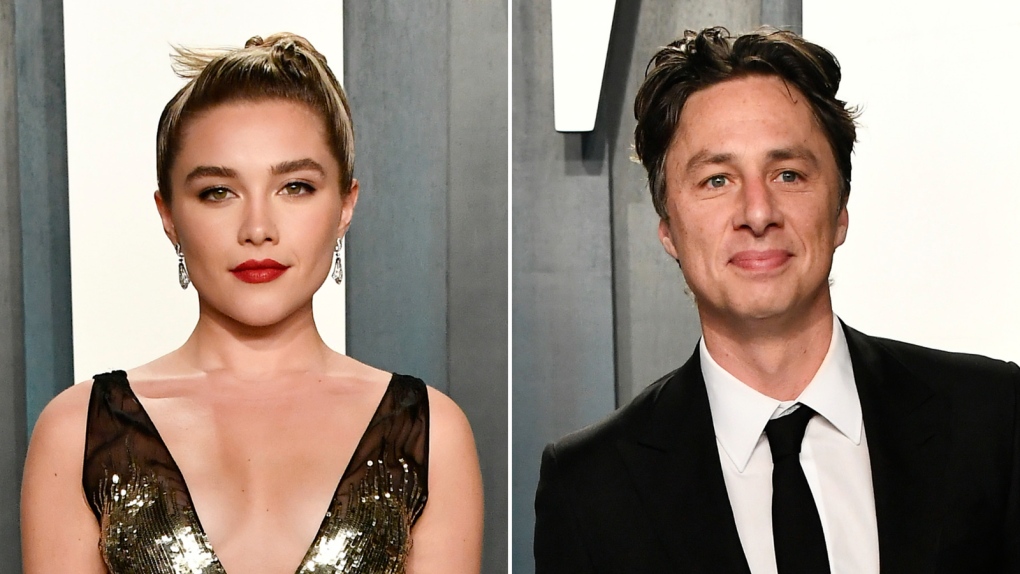 Florence Pugh, left, and Zach Braff have been used to the attention on their relationship, which they quietly ended earlier this year, according to Pugh. (Getty Images/CNN)

Florence Pugh and Zach Braff have been used to the attention on their relationship, which they quietly ended earlier this year, according to Pugh.

"We've been trying to do this separation without the world knowing, because it's been a relationship that everybody has an opinion on," Pugh told Harper's Bazaar for their September 2022 issue. "We just felt something like this would really do us the benefit of not having millions of people telling us how happy they are that we're not together. So we've done that. I automatically get a lumpy throat when I talk about it."

Last year before they broke up, Pugh talked to the Sunday Times about people's criticism over her being 21 years younger than Braff.

"I think it bugs people that it's not who they expected," she said then. "But it's my life and I'm not doing anything to please people or to make it a better headline or story. I want to also be a person!"

She told Harper's Bazaar she's not a fan of the intrusion that can come along with being a celebrity.

"Whenever I feel like that line has been crossed in my life, whether it's paparazzi taking private moments or moments that aren't even real, or gossip channels that encourage members of the public to share private moments of famous people walking down the street, I think it's incredibly wrong," she said.

The Ukrainian Defence Ministry on Sunday ridiculed Moscow’s partial mobilization to bolster its forces in Ukraine, posting on Twitter a mash-up of social media videos of Russian police beating and arresting men protesting the call-up.