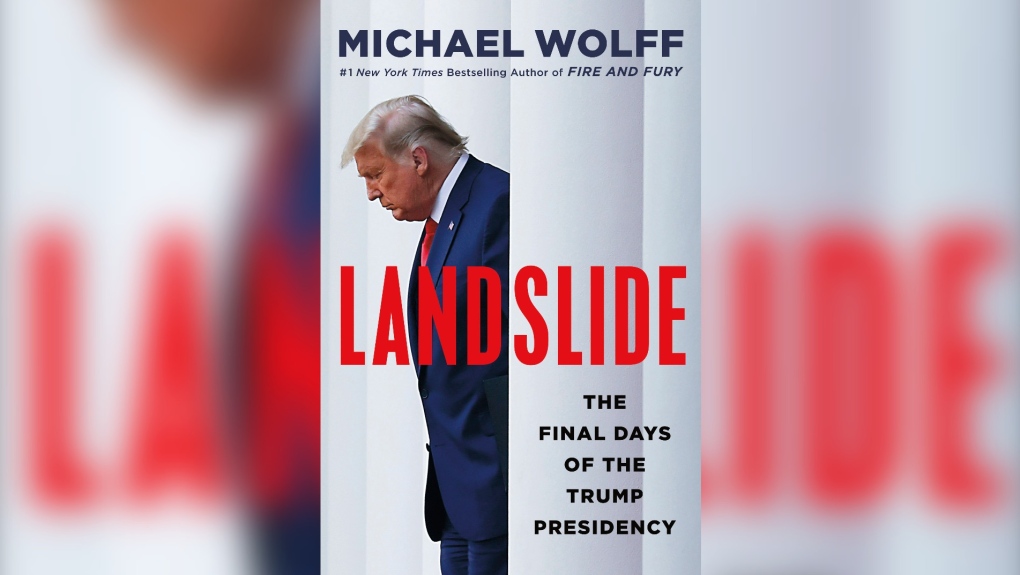 This cover image released by Holt shows "Landslide: The Final Days of the Trump Presidency" by Michael Wolff. (Holt via AP)

NEW YORK -- The author of "Fire and Fury," the million-seller from 2018 that helped launched the wave of inside accounts of the Trump White House, will have a last take coming out next month.

Michael Wolff's "Landslide: The Final Days of the Trump Presidency" is scheduled for July 27, publisher Henry Holt told The Associated Press on Thursday. Trump, who condemned "Fire and Fury" and attempted to have its publication halted, is among those who spoke to Wolff for his new book, according to Holt.

"In 'Landslide,' Wolff closes the story of Trump's four years in office and his tumultuous last months at the helm of the country," the publisher announced, "based on Wolff's extraordinary access to White House aides and to the former President himself, yielding a wealth of new information and insights about what really happened inside the highest office in the land, and the world."

Wolff's first book on Trump, published in January 2018, was an immediate sensation and went on to sell more than 2 million copies. Critics questioned details of Wolff's reporting, but his underlying narrative of a chaotic White House and a volatile, easily distracted chief executive has held through numerous bestsellers which followed, from Bob Woodward's "Fear" to John Bolton's "The Room Where It Happened."

Trump would deny Wolff's claims that he permitted him access to the White House and tweeted in 2018 that "Fire and Fury" was "full of lies, misrepresentations and sources that don't exist." A Trump lawyer sent the publisher a cease and desist letter and threatened to sue for libel, a response which helped raise interest in "Fire and Fury." (Wolff had far fewer sales, and less access, with the 2019 book "Siege: Trump Under Fire").

Other books on the Trump administration's final days are in the works, including one by Woodward and Washington Post colleague Robert Costa. Politico and Vanity Fair have been among those reporting that Trump agreed to meet with Wolff and others writing about him, including Maggie Haberman of The New York Times and Jon Karl of ABC News.

A memoir by Trump remains uncertain. He issued a statement last week saying he was "writing like crazy" and claimed, to much skepticism among publishers, that he had turned down two offers.

Publishing executives had expressed hesitancy about Trump even before the Jan. 6 siege of the U.S. Capitol by Trump supporters and became even warier after. Simon & Schuster CEO Jonathan Karp told employees at a company town hall last month that he wasn't interested in a Trump book because he doubted the former president, who has continued to falsely claim he won, would offer an honest account.