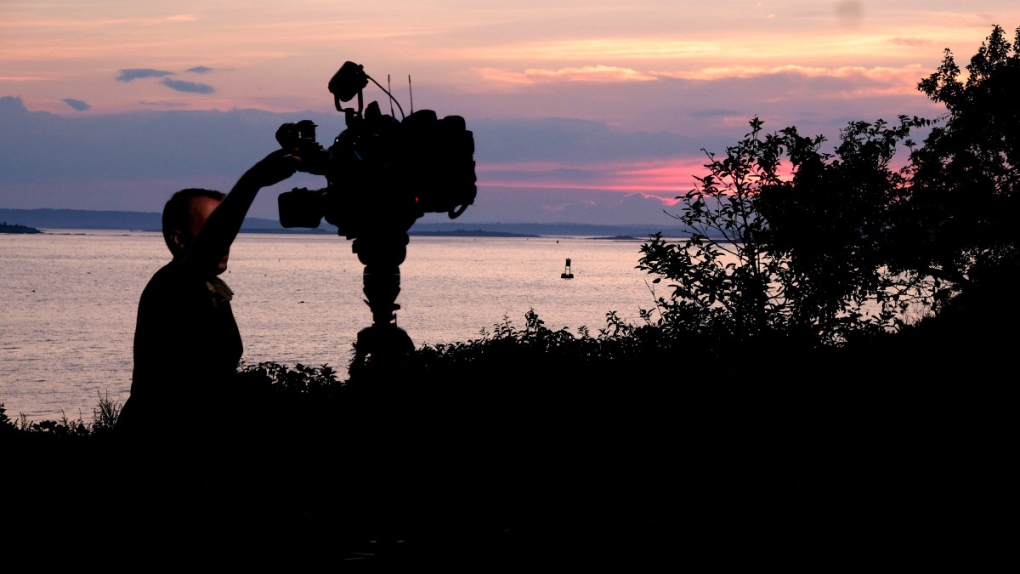 A member of a TV crew adjusts their camera while filming near the shore of Bailey Island, Maine, on July 27, 2020. (Jim Gerberich / AP)

OTTAWA -- Two Canadian film and television organizations say hundreds of productions and thousands of jobs are on hold because the government has yet to intervene and help them get COVID-19 insurance.

The Canadian Media Producers Association and the Association quebecoise de la production mediatique say $1 billion in production volume is at risk because of the lack of insurance options.

They have identified 214 camera-ready film and TV projects that cannot move forward because they can't find insurance and say those productions would generate 19,560 jobs.

The organizations pitched a federal government-backed insurance program in June, but say politicians have yet to act on the proposal.

The groups say the lack of government help now means that the entertainment industry is facing an even more dire situation and they hope intervention will come soon.

Several Canadian productions were halted when COVID-19 started spreading across the country in March, but many are slowly returning with added precautions, including mandatory distancing and mask policies.

This report by The Canadian Press was first published Sept. 18, 2020