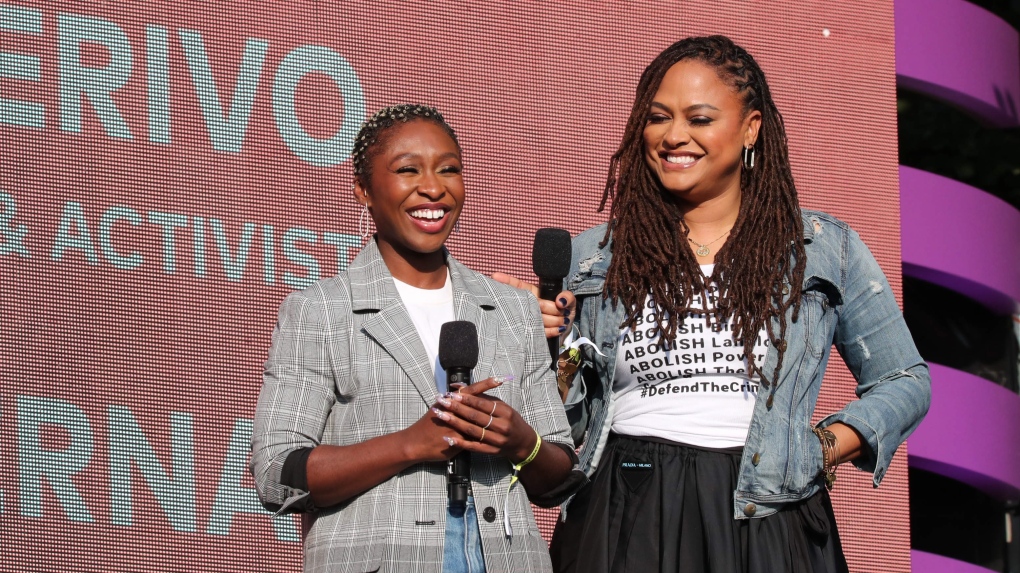 Cynthia Erivo and Ava DuVernay at the 2018 Global Citizen Festival: Be The Generation in Central Park in New York City.

LOS ANGELES -- More women are being hired to direct TV episodes but the numbers remain stagnant for directors of colour, according to an industry guild study.

Women directed a record 25 per cent of episodic television in the 2017-18 season, an increase of 4 per cent from the previous season, according to the Directors Guild of America study released Wednesday.

African-Americans directed 13 per cent of series TV in 2017-18, unchanged from the previous season, the study found. Asian-Americans at 6 per cent and Latinos at 5 per cent were up one percentage point each from 2016-17.

"The bright spot here is that the doors are finally opening wider for women, who are seeing more opportunities to direct television," guild President Thomas Schlamme said in a statement. "But it's disappointing the same can't be said for directors of colour."

The series "SMILF," "One Day at a Time" and "Queen Sugar" were among the standouts for inclusiveness in their directing ranks. Among studios, Disney-ABC, Twentieth Century Fox, Lionsgate and CBS held the top four spots in the study.

The annual report examined 4,300 episodes produced in the 2017-18 season, which the guild said represented a drop from the all-time high of nearly 4,500 episodes in the season before.

For women, there was a disparity in opportunities based on ethnicity. The share of episodes directed by white women rose 3 points to 19 per cent, while women of colour notched a one-point increase.

White men saw their share of TV series directing jobs drop from 61 per cent to 56 per cent, the study found. Among all men, the share of jobs dropped four points to 75 per cent.

A guild report released in August found "insider hiring" to be hindering the move toward diversity. Writers, actors or others already connected with a TV series can be "gifted" one-time directing jobs, blocking career progress for women and people of colour, the guild said.

In the TV seasons between 2009 and 2016, nearly 70 per cent of first-time directing assignments went to industry insiders, with white men getting three-quarters of the jobs.