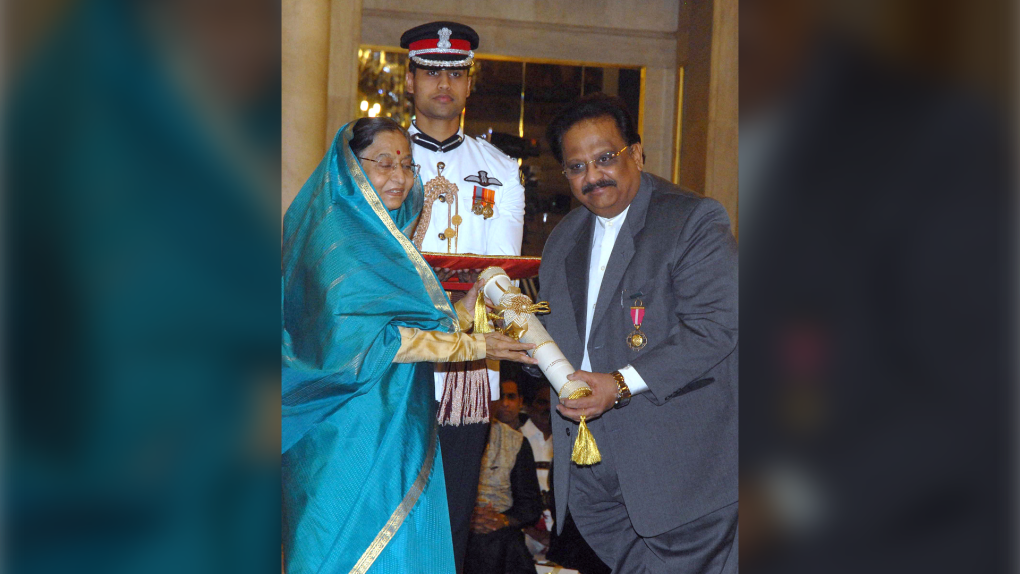 SP Balasubrahmanyam was moved to the ICU on Thursday night. (AFP/Getty Images)

One of India's most renowned film singers, SP Balasubrahmanyam, is on life support following hospitalization for COVID-19, the hospital treating him said in a bulletin Friday.

Anuradha Baskaran, Assistant Director of Medical Services at MGM Healthcare in Chennai, southeastern India, said there had been a "setback" in the singer's health following his hospitalization on Aug. 5 for symptoms of coronavirus.

A leading figure in Indian cinema, Balasubrahmanyam, known to fans simply as "SPB" or "Balu," has more than 1,000 credits as a playback singer -- a voice artist who records songs that are later mimed by actors in films -- in languages including Telugu, Tamil, Hindi, English, Bengali and Punjabi.

"In a late night development on 13th August 2020, his condition had deteriorated, and based on the advice of the expert medical team attending to him, he has been moved to the Intensive Care Unit (ICU) and he is on life support and his condition remains critical," Baskaran said in a statement.

Baskaran said the singer, who is aged 74, was being closely monitored by critical care experts.

Oscar-winning composer AR Rahman paid tribute to Balasubrahmanyam on Twitter, asking fans to pray for the singer, whom he described as a "legend."

"I request all the music fans to pray for this legend along with me ..#SPBalasubrahmanyam ..he has given us so much joy with his amazing voice!" Rahman, who scored the soundtrack for "Slumdog Millionaire," wrote on Twitter.

On Thursday, India overtook the United Kingdom to become the country with the fourth-highest number of coronavirus-related deaths, after the United States, Brazil and Mexico, according to a tally by Johns Hopkins University.

India registered its first death related to COVID-19 on March 10 and has so far recorded a total of 48,040 fatalities and 2.46 million cases, according to JHU data.